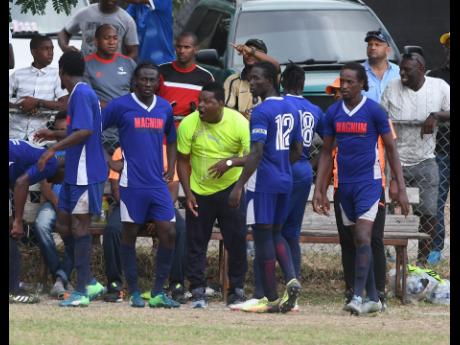 Donovan Duckie pulled off a heroic feat when he pulled Waterhouse out of the relegation zone and took them to the final of the Red Stripe Premier League last season.

And the St Mary native is positioning himself to do something similar at his new home, Mount Pleasant Football Academy, as he has hand-picked the 12 players who have transferred to the St Ann club in order to challenge for the title in their debut season.

Without the usual financial constraints which normally cripple local clubs, Duckie has acquired several young and experienced players in the current transfer window which closes on August 31.

"The players were handpicked by me and already transferred. I am happy with the players that we got in to represent the club in the upcoming Premier League season," Duckie told STAR Sports yesterday.

"They (new players) are more finished products in the league and the owner (Peter Gould) has his philosophy and what he wants to achieve. I am here to facilitate the plans of the club. Our objective is to challenge for the trophy, but I am not going to say we must win."

He continued: "We will definitely challenge for the title and that is the reason we have made these acquisitions. We are in the first phase and want to establish a solid foundation to be competitive."

Mount Pleasant have seen a meteoric rise in the two years they have existed. They qualified for the RSPL after a second-place finish in the Jamaica Football Federation (JFF) play-off two months ago.

But many persons around the league believe that they could be a legitimate challenger as they are putting together a well-rounded team.