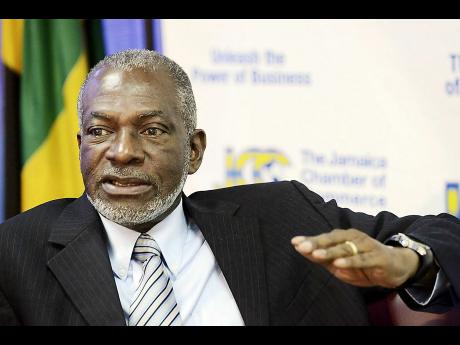 Don Anderson, chairman of the Professional Football Association of Jamaica (PFAJ), confirmed that all 12 clubs are ready for the start of the 2018-19 Red Stripe Premier League (RSPL) season, set to kick off on Sunday.

"The Red Stripe Premier League starts on Sunday and all 12 teams are raring to go, including Montego Bay United (MBU) who rumours circulated would not participate," Anderson told STAR Sports yesterday ahead of the official launch of league tomorrow at the Jamaica Football Federation offices in New Kingston.

In the past, the JFF had disputes with former champions MBU and rumours surfaced again in the off season that they would not take part this season. But, with the resignation of controversial president Orville Powell, the Montego Bay-based club has restructured its management team.

"The new management at MBU has reached out to us. We have met with them and they are willing to play in the league. All past issues with the club are put to bed," Anderson stated.

He also said he is expecting another exciting season.

"We are looking at a number of possibilities for the league but we can't make the announcement until another two weeks. We are working on something big," he shared despite not giving details.

Newcomers Mount Pleasant Football Academy has been creating a buzz with the acquisition of 15 new players to the outfit that qualified through the JFF promotion system during the summer.

"We have Mount Pleasant who will add excitement to the league. We have it all lined up and expecting a great season of top-flight football. Everything is on board. Tomorrow is the launch at the JFF. We are looking at lighting and working on a number of things along with the club. The referee group is ready. We are very excited about the start," he concluded.

PFAJ is mandated by the JFF to run the league.