Tivoli searching for consistency against Portmore 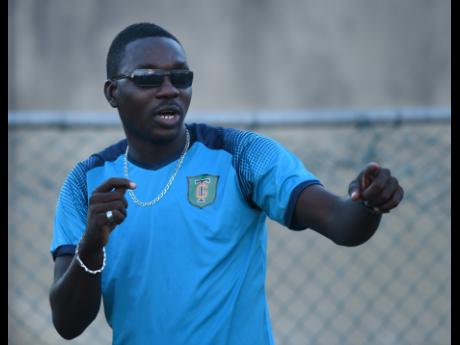 Omar Edwards, coach of Tivoli Gardens, is looking to maintain his side's winning form against league leaders and defending champions Portmore United when they travel to the Spanish Town Prison Oval today.

The 'Gardenist' beat Portmore 1-0 at the same venue on Match day eight, handing them their second defeat of the season.

Portmore currently lead the standing with 24 points, four more than their third place opponent, but despite their superiority in the points table, Edwards is confident of doing the double against the league leaders.

"Playing against the defending champion and current leader of the Red Stripe Premier League, is always going to be a interesting encounter. We are playing them in their backyard and the last time we played them there we managed to leave on the brighter side with one-love victory, so going back there tomorrow we are hoping to also leave again on the brighter side.

"We know Portmore possesses a lot of quality players but so does Tivoli Garden," he said.

Tivoli has six wins, two draws and four defeats from their 12 matches this season and Edwards thinks they need to be more consistent if they are to have a serious impact on the league this season.

"The players' attitudes have improved immensely and as a result I believe the team can only get better and grow stronger," he said.