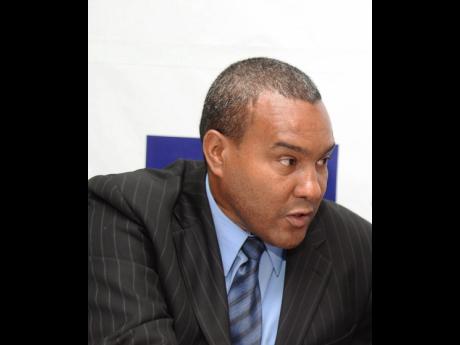 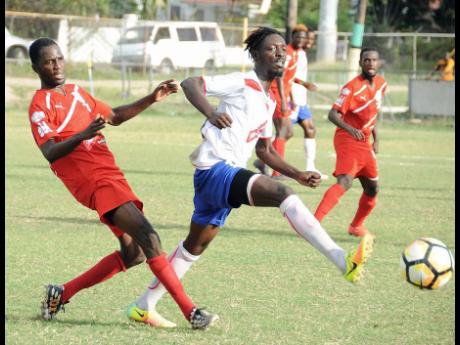 @Normal:Daemion Benjamin (left) of Boys' Town pressures Phillip Peddie (right) of Maverley Hughenden for the ball during their Red Stripe Premier League football match at the Barbican field in the 2016/17 season. Both teams have since been relegated from the league and will be contesting the 2018/19 Kingston and St Andrew Football Association (KSAFA) Super League. However, KSAFA has decided to boycott the new playoff system for promotion to next season's RSPL, meaning neither team can be gain make a return to the league.
1
2

The clubs of the Kingston and St Andrew Football Association (KSAFA) have decided to boycott the new Jamaica Football Federation (JFF) system of promotion to the Red Stripe Premier League (RSPL).

The decision was reached after a lengthy meeting between KSAFA and its clubs set to contest the upcoming Super League season. The Super League is the division immediately below the RSPL, meaning the winning would normally go into an all-island play-off to gain promotion to the nation's top-flight league. However, the new structure would now see four teams from KSAFA, the St Catherine Football Association and the St Thomas Football Association play a mini league. From there, the top team will then advance into the all-island play-off for promotion to the RSPL.

However, the KSAFA clubs believe that this change in structure is aimed at reducing their numbers in the RSPL, as the confederation currently has the most clubs in the league, with six of the 12 teams coming from the Corporate Area.

STAR Sports contacted KSAFA president, Wayne Shaw, for a comment on the decision, however, at press time, he was still actively involved in the meeting. Professional Football Association of Jamaica president, Don Anderson, JFF president Michael Ricketts and Premier League Clubs Association general manager Pat Garel were also unavailable for comment at the time of the decision.