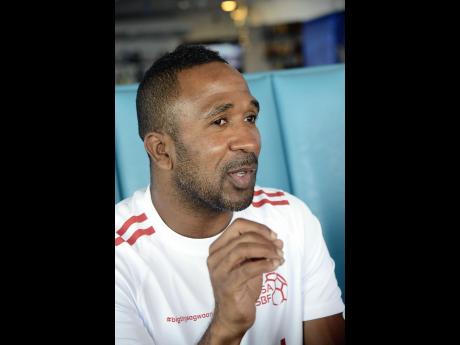 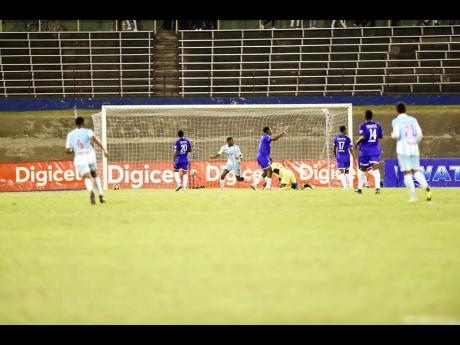 With St George's leading 2-1 with less than 10 minutes to go, Harris, who scored the opening goal to put STGC 1-0 up, got a sitter three yards out, blasted high and wide of an empty goal.

But Fuller, who was at the game last Friday, said he spoke with the youngster afterwards and told him football is like life and he will have ups and downs, but must know how to overcome disappointments. But he told the young striker his reaction should have been more positive, especially, with his team leading.

"I am so sorry for him," Fuller told STAR Sports. He got that goal and missed that chance. But that's what it is about. I spoke to him after the game for about three to five minutes. Someone with the team told me to have a word with him, as he was really down and you could see it, as he threw himself to the ground.

"But he is not to do that. They were leading 2-1, but when he missed that chance and threw himself to the ground, that actually brought a bad energy towards the group and that contributed to what happened (KC equalising on the next break). They lost focus as they tried to get him up and KC went on the attack and ended up scoring from that moment. The minute he threw himself to the ground, he send a bad energy to the rest of the group, who ended up neglecting their jobs that they are supposed to do." he said.

"You have to keep going. This is football and the ratio is six to one for chances created, to goals scored. But you don't think about when you are playing. Every chance you get, you think you should score, and that is ambition and wanting to do well. But my word to Damani Harris was to keep going, no matter what. You are leading 2-1, so you get up and get behind the ball as quick as possible, when the game is over you have time to think about that, so get back up and go again," he said.