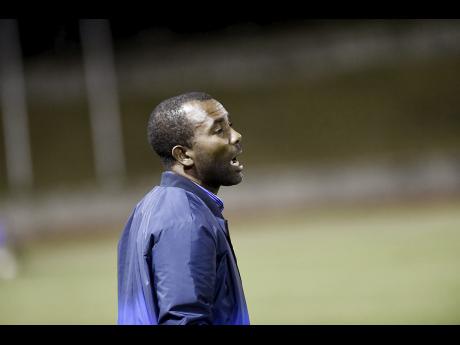 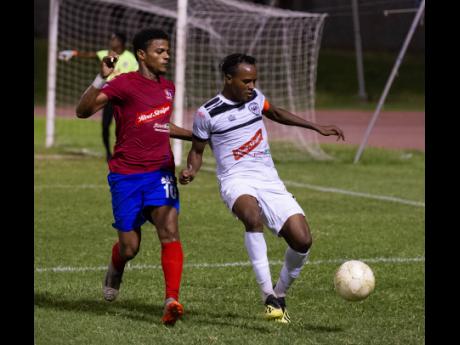 Gavin Roberts had put the visiting team in front, eight minutes from time, but Alex Marshall ensured a share of the points, with a rasping strike from 25 yards.

However, Speid thought it was an unacceptable performance by the team of officials, made up of referee, Leon Brown, assistants Rolonzo Bennett and Kemar Gayle, fourth official Carvel Banton and match commissary, Marvin Walters; and he made his thoughts known after the game.

"It was a poor game by the officials. They don't even know the rules, which is really astonishing. The match commissioner came about 45 minutes before the game started. I don't know why we have so much unprofessional people working in the football," he said.

"Then nobody could even get to play because of the rampant fouls and the refereeing was just warning and warning. It was a pathetic display by the officials. I don't know why people are paying these people to participate in football," he continued.

"The game was just very rough. From it started, our players were being hacked left, right and centre from behind, we just couldn't get into a rhythm. Dunbeholden really tried hard, they scored first and we had to come from behind. We tried to get the second goal. But we scored three times and two were disallowed," he argued.

In what was one of the more exciting games at Stadium East, the visitors showed a lot of enthusiasm and created the better chances. With the game heading for a draw, Roberts put his team ahead when he volleyed home an excellent cross by Damarley Oliver on 82 minutes.

However, that was short-lived, as two minutes later, Marshall was left unmarked, and his fierce shot stung the palms of goalkeeper Giovanni Smith, before hitting the bar and rebounding off his back into the net. Cavalier thought they had a winner two minutes from time, but Nicholas Nelson was ruled offside, after goalkeeper Smith spilt the ball at his feet.

Despite giving up the late goal, Dunbeholden's coach Reigel Smith was pleased with the point. He also had no apologies about his team's approach to the game.

"Football is a physical game and we came with a plan. We know the technicality of the Cavalier team and we had to get them off their rhythm. They move the ball around quickly when in the transition, so we had to do what we had to, to disrupt the play and that is what we did today," he said.