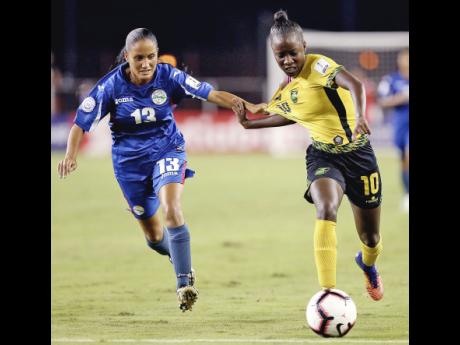 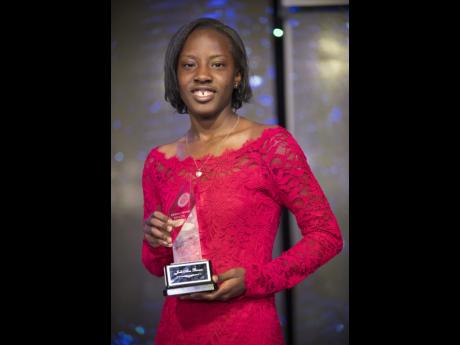 Young striker Jody Brown was one of the key members of Jamaica's successful 2019 FIFA Women's World Cup qualifying campaign, but the 16 year-old admitted that she was surprised to be a part of the squad and is now looking forward to this Summer's tournament.

Brown, who on Friday, walked away with the Victoria Mutual Youth Award at the RJRGLEANER National Sportsman and Sportswoman of the Year awards ceremony, is looking to make the most of her platform and advance her ambitions.

The youngster, who was named to the best XI from the Concacaf Women's Championships, which was the qualifying tournament for the World Cup, scored in the third place play-off against Panama and bagged a hat-trick against Cuba in the group stage to lead the Jamaicans in scoring at the tournament last October.

"I didn't actually know I would play for the senior Reggae Girlz, but it's good to actually play and to qualify for the World Cup," said teh St Ann native.

Brown, who attends Montverde Academy in Florida, said she only dreamt of playing in a World Cup, but with the June 7 - July tournament fast approaching, she is determined to again play a major role.

"At the World Cup I am looking to score a lot of goals as usual," Brown said.

"As a team, we think we can do well. We have bonded more together since we have qualified and when we are at the World Cup that should show. But it was always my dream to play in the World Cup, so at this point, I don't have words to explain," she said.

Brown's ultimate ambition is to become a professional player and she says with people like, Khadija 'Bunny' Shaw pushing her and with the facilities at her disposal, she is confident she will meet that goal.

"I want to play at a professional level. Overseas there are a lot of facilities over there and that really helps me a lot. I didn't know 'Bunny' before but since I have gone into the senior team, I got to know here and she is always pushing me. But it's a great feeling to be going to the World Cup, they treat me like the baby on the team and they always encourage me everyday," she said.