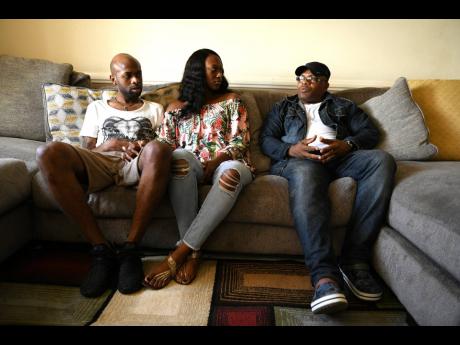 Shelton Sr is understood to have died in hospital after being admitted on Wednesday with respiratory problems.

“Our sincere condolences to the Shelton family, friends and the extended sports loving fraternity at Seprod on the sudden passing of Luton Shelton Sr.,” the statement said.

“He unfortunately moved on [yesterday], as he was in the hospital after being admitted only [Wednesday]. Heartfelt wishes to Luton Jr and everyone close.”

Shelton Jr, through his wife Bobbette, opened up last October about battling Amyotrophic Lateral Sclerosis (ALS), more commonly called Lou Gehrig’s disease. The condition has taken his voice and a significant amount of his muscle mass. Bobbette, and Shelton Sr also spoke to STAR Sports about coping with Luton Jr’s condition and taking care of him on a day-to-day basis.Shelton Jr is Jamaica’s record goalscorer, having netted 35 times for the Reggae Boyz. He also enjoyed a club career that saw him play in the English Premier League for Sheffield United, and also in Norway, Sweden, Russia and Turkey. His final game played saw him scoring a header for Harbour View against Tivoli Gardens in the Red Stripe Premier League in February 2017.