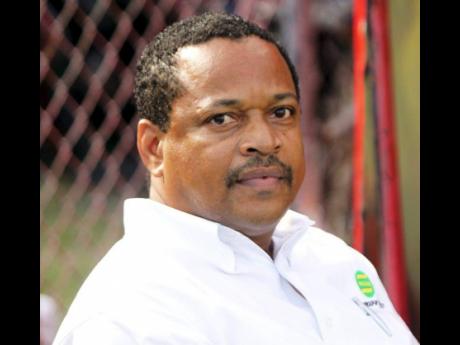 Rose, who started out with Olympic Gardens Football club in the 90s, spent 15 years with the club before departing in the summer of 2016.

But, according to a source close to Rose, since the passing of the former club president, those in charge of the club are putting a lot of effort into trying to sway the former club manager to take his place.

But although he did not deny or confirm the report, when contacted, Rose labelled the allegations as 'rumours'. He said the club will look to appoint a new club leader when the former prime minister is laid to rest on June 23.

"I don't know about that (taking over as president). I can't give any word on that. I don't know what you are talking about," he told STAR Sports when contacted yesterday.

Rose said he has received no contact from the club in regard to being the new president and pointed to club administrator, Dawn Heron, as a most likely candidate. "What happens to Ms Heron?" he questioned.

Although he refused to comment on the appointment, he assured that the club will make that decision known after Seaga's funeral.

"I suspect that when the funeral and everything is out of the way the powers that be will call a meeting and decide on how they go forward. But anything you are hearing now is rumour and speculation, so don't listen to that," he reasoned.

However, when asked if he had any interest in helping the club move forward, the former long-serving manager stated: "I have no comment."

Tivoli last won the Premier League title in 2011 but has not been real title contenders almost since that time. Although they won their parish knockout competition, the Jackie Bell KO three times in the last six years, back-to-back in 2017 and 2018, they have a lot of work to do before they can challenge for the national title again, and those at the club now believe Rose is the man for the job.