If they fire me, so be it! – Anderson 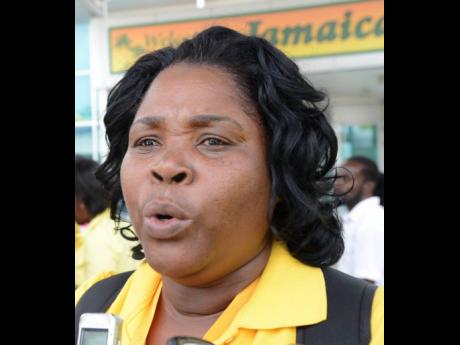 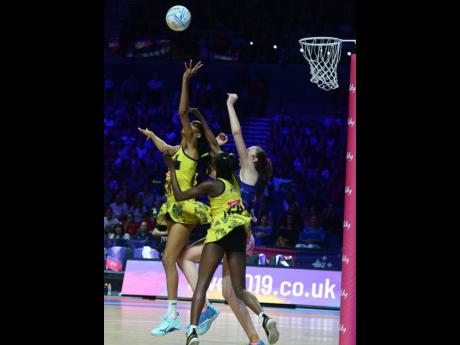 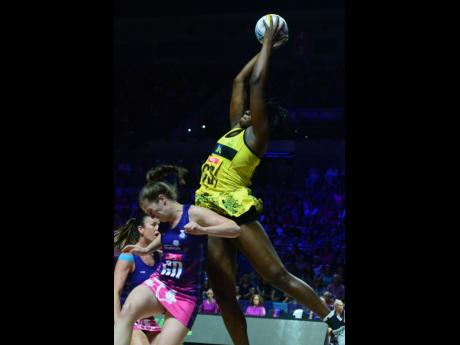 Jamaica captain Jhaniele Fowler’s (right) physical presence is too much for Scotland’s Emily Nicholl as she outjumps her to claim a pass. 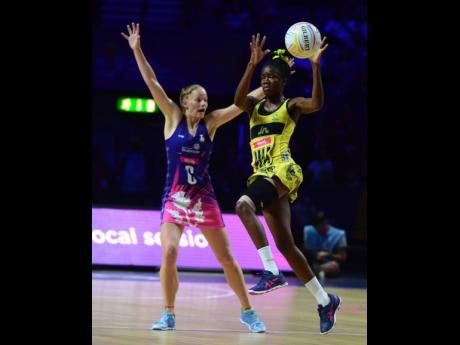 The Jamaican coaching staff has been facing heavy criticism from sections of the netball community, after the Sunshine Girls failed to secure a spot in the semi-finals of the competition.

This is the first time that the Jamaicans are missing out on a place in the last four since 1995.

Jamaica, who are ranked second in the world, last won a medal at the championships in 2007.

Anderson told STAR Sports after Jamaica's 67-36 victory over Scotland yesterday that her coaching staff has done all that it can to ensure that the girls do their best, and it is it now up to Netball Jamaica to decide her future.

"It is what it is because there is nothing that I can do about that," Anderson said.

"Decisions have to be made and whatever those decisions are, I can live by them.

"I think that we gave it our all. Being on tour is a tough task and it is really hard and we didn't get what we wanted, but that these ladies still have the country in front of their minds and I just think that we should stand by them no matter what."

Anderson and Sasher-Gay Henry, who were both installed as co-head coaches in 2017, led the Sunshine Girls to the bronze medal at last year's Commonwealth Games in Gold Coast, Australia. Henry then resigned, after which Anderson was installed as the head coach and Winston Nevers named as her assistant.

Anderson says despite the team's tame performance at the tournament so far, they are going to do their best in their remaining games.

"We are proud because we know that we are still representing our country no matter what," she said. "We didn't get want we came here for, but it meant that the work was still on and we came out here and I think that the ladies did exceptionally well against Scotland," she said.