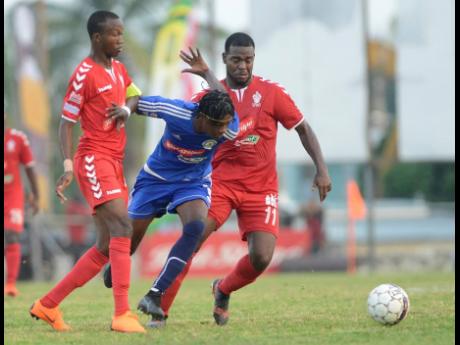 Andrew Peart will be the head coach of the University of the West Indies (UWI) for the second year running.

The young up-and-coming coach, who led the university's team to a play-off spot last season, thought their inconsistency was their downfall and he is looking to improve that side of their game and take the team to their first RSPL final.

The team has lost players such as Davion Garrison, Duwayne Smith (Tivoli), Courtney Allen (Portmore), Patrick Brown (Arnett), and have only secured the signature of Zhelano Barnes from Arnett Gardens. But Peart is satisfied with what they have done in preseason to this point, and look forward to making a good start this term.

But even with the departure of key players, Peart says they have been very careful in selecting new footballers.

"We are being very selective in our approach, but as we move further the other (transfer targets) will become much clearer and we are looking (out for more players) as well. But for one, we want to be more consistent (this season), that was one of the areas where we struggled and acheiving that (consistency) will make our season much better this year. We are looking at creating the right atmosphere and things that can impact the output of our game through the season and our consistency is what we are really targeting,'"he said.

"We are looking at getting a good start to the season. We want to win our home games and be really competitive in the other games. The quality and preparation have to improve and that's what we are looking at and this season we want to make the top two, that is our ambition," he said.

UWI finished sixth in the regular season last year before going out to Mount Pleasant in the quarter-final play-offs.