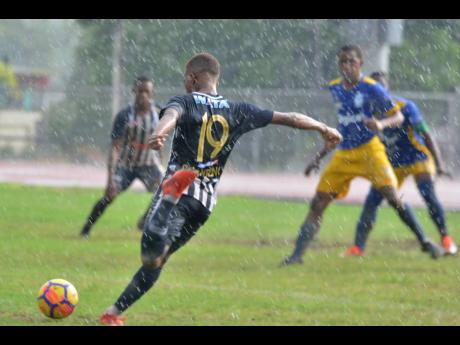 Jamaica College’s Rajae Lawrence (19) takes a shot on goal during their ISSA/Digicel Manning Cup match against José Marti High School at the Ashenheim Stadium on Saturday. 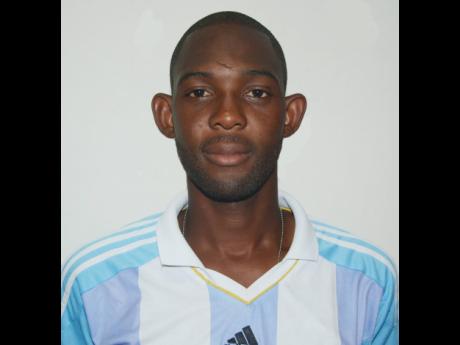 Having recorded his first victory of the season in this year's ISSA/Digicel Manning Cup competition on Saturday, Jamaica College's (JC) head coach Davion Ferguson said that he is feeling more relaxed in his role.

JC, who have won five of the last six Manning Cup titles, began their campaign with a 7-0 victory over Jose Marti at home in Group E.

The Dark Blues, who were knocked out at the semi-final stage of the competition by St George's College last season, are seen as one of the main contenders for the title this season. They have acquired the services of strikers Phillion Lawrence from Holy Trinity, and Nickache Murray of Wolmer's Boys.

Ferguson, who took over at JC after the resignation of Andrew Peart at the end of last season, told STAR Sports that they have firmly set their sights on reclaiming the Manning Cup title this season.

"It is always important to start on a positive note," he said. "We are ambitious and Jamaica College always aspire to be champions, so that is also an ambition that we have this year."

The 31-year-old Ferguson's tenure at the Old Hope Road-based institution will be under heavy scrutiny based on the success of the school over the past decade, which includes five-consecutive Manning Cups, four Olivier Shields, one Champions Cup, and one Walker Cup.

"It is obvious Jamaica College is a staple in schoolboy football in terms of championships," Ferguson said. "In terms of pressure, I believe that I place the most pressure on myself."

Ferguson says he has equipped himself well to deal with whatever challenges that might arise this season.

"The highest expectation is of myself because if I weren't ambitious, and if I weren't a coach who has little or no fear, then I wouldn't be in this environment," he said.

"That is the most important thing for me now in trying to see how I can help these youngsters to be better individuals. The pressure is something that I can deal with."

JC's next game is at hosts Greater Portmore High School today at 2:30 p.m.