Fowler set to suit up for Mavericks in British League 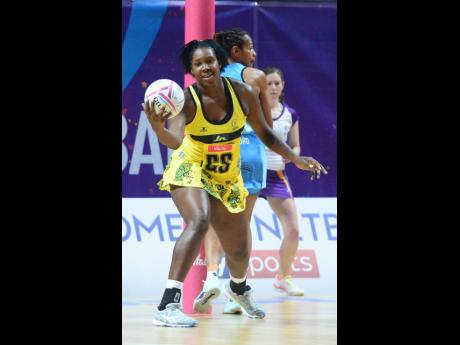 Sunshine Girls' captain and goal shooter Jhaniele Fowler is set to ply her trade for the Saracens Mavericks in this month's annual British Fast5 All-Stars competition.

According to Sky Sports Netball Fowler is scheduled to play in the Mavericks' opening match of the championships on Saturday at the Copper Box Arena.

The championships features 12-minute matches, an all-star 5-point line and a Golden Buzzer Power Play. The tournament will feature eight teams from the English Vitality Superleague.

The 30-year-old Fowler is currently plying her trade in Australia and has won back-to-back MVP awards for West Coast Fever. She also won the Player of the Year award.

Fowler has been representing the Sunshine Girls since 2010, making 56 appearances and earning bronze medals in two Commonwealth Games and the 2010 World Netball Series.

She also featured in last July's World Cup, where Jamaica finished a disappointing fifth-place in the championships.

In fact, the Sunshine Girls, who were one of the favourites for the gold medal, failed to secure a spot in the semi-finals for the championships for the first time since 1995.

Fowler, who is rated as the top shooter in the world, will next be in action for the number four ranked Sunshine Girls when they tackle World champions New Zealand, along with South Africa and hosts England, in a Quad Series in January.