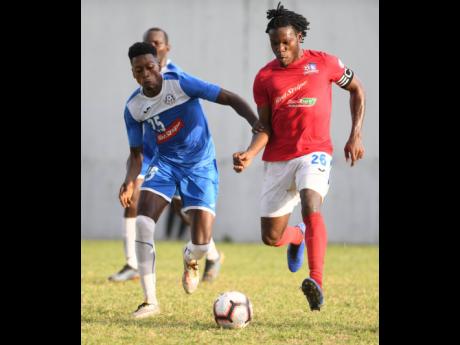 The league's leading scorer, Dean Andre Thomas fired Dunbeholden ahead 15 minutes from the penalty spot, to bring his tally for the season to six goals. Saneekie Burton gave the visitors a two-goal cushion two minutes before the break, finishing off a good build-up.

Corey Burke pulled a goal back for the champions 12 minutes after the break but the host did not show enough quality afterwards to earn themselves at least a point.

"We need to play with a lot more desire as well. We have to push ourselves now, continue to work hard and learn from our mistakes. It was a game we wanted to use to continue our momentum going forward, so it's a disappointing result and we just have to look at it and come again.

"Our mistakes have been hurting us every week, and we need to deal with the long balls and communicate a little better. But our mistakes hurt us mostly in games and we have to correct them going forward. We will have to get going and dig deeper in training and prepare for games and put everything out there, because we have to fight for everything now."