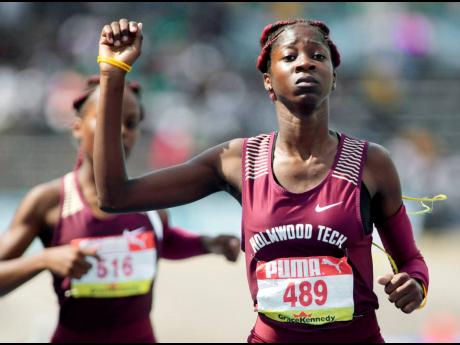 Holmwood Technical High School has tasted glory at Boys and Girls' Championships 10 times but, according to head coach Dave Anderson, his team is in rebuilding mode. With that in mind, Anderson will focus of keeping his athletes healthy and ready to perform well on the day.

"2020, I think we have decided to take a low- keyed approach to getting the athletes to actually perform to their best at Champs," Anderson explained recently. "I think it's part of also a rebuilding year. I think I would have lost some persons who I expected back but still have enough to at least keep our heads above the water, maybe the top-4, top-5 at worst," he calculated.

Among those who left despite eligible for Champs 2020 is Maricia Spence who was the runner-up in the heptathlon last year.

Holmwood scored 220 points in 2019, to finish third with Edwin Allen Comprehensive and Hydel High on 291 and 284 points, respectively. Even though he is cautious, it doesn't seem that Holmwood will be waving the white flag anytime soon.

"Definitely, we're going to build on what we had last year, try and improve some persons who came to the fore and hope they can stay healthy because my biggest challenge in 2019 was injuries to key persons close to championship," promised the coach.

One Holmwood athlete who has had injury trouble is sprinter Sashieka Steele, the former Class Three and Class Four 100 metre winner. Her sparkling run at the Jamaica College Invitational over 100 metres brought a smile to Anderson's face."Every time she runs and I see that she finishes healthy, I'm glad. I know that she's a warrior and once she's healthy the expectations will always be high."

Holmwood won the Penn Relays 4x400 Championship of America title last year and Anderson is optimistic about success in the same event this time around. "All the girls are back in school and plus Calisha Taylor, who was injured, once she turns up, the sky's the limit for that team," he reported. Taylor, a smooth running 400 metres hurdler, anchored Jamaica to a bronze medal at the 2018 World Under-20 Championship. She suffered an injury during the race but bravely fought the pain to hold on to third place.

Taylor was halted on the anchor leg at Central Championships last year, with Holmwood battling Hydel.