JFF will reorganise its structure to prevent FIFA sanction 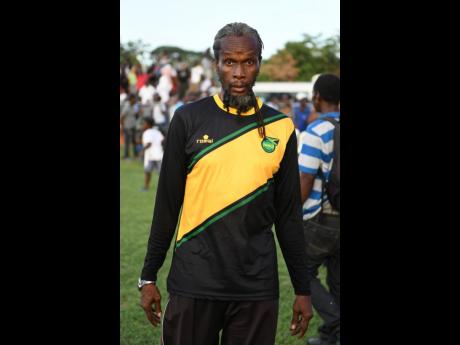 President of the St Ann Football Association (St. A. FA), Danny Beckford, revealed that the large number of administrative mishandlings that dogged the Jamaica Football Federation (JFF) over the last two years is the main reason FIFA has restricted funding to the federation and demand changes.

Beckford said the two-day meeting (March 9-10) between FIFA Senior Governance Manager, Sarah Solemale and members of Jamaica Football Federation (JFF) hierarchy on amending the statues of the federation went well and he expects the changes to be fully implemented before the end of the year.

"The things that happen to JFF is a wake-up call. When FIFA put you on a watch list and are withholding funds, something is seriously wrong. It has been months and we haven't receive the grants from FIFA, and it would be gratifying if the stop order is removed," he said.

"Some implementation (statues) have started but the corona (virus) has put us back. But the most satisfying (thing) will be when we have implemented the things we have discussed. Once we implement these things, more planning and administration will be done minus the strong-hand politics and we will eliminate all incompetences," he said.

He says if Jamaica fails to implement these measures they could suffer a similar fate as Trinidad FA, whose president William Wallace and newly elected board was disbanded by FIFA recently, after only a few months in office and a Normalisation committee put in place. Also the fact that the JFF has been placed on a watch list by FIFA, who have withheld funds, should serve as motivation to get it done.

"Things are going in the right direction. Trinidad has opened the board of directors' eyes. Because if we continue, further down the line what happened to Trinidad might happen to us," he said.

"So within the next cycle for the (JFF) election things should be in place, even if there are dissenting voices. This is not politics because if in a year we do not get this done, FIFA will do to us what they did to Trinidad and we will only have ourselves to blame," he continued.

The issues discussed at the meeting included who should make up the board and who should be represented at congress. Solemale also recommended that regional bodies (parishes), interest groups (schools, referees etc) and the professional league should be represented. She also outlined the role and composition of the board and recommended that board members not be delegates. Great emphasis was also placed on the critical need for the separation of power between the board and the general secretariat.

Meanwhile, JFF general secretary Dalton Wint said the meeting is part of the objective to modernise the federation. "It's over a year now we have been inviting them (FIFA) to come and finally they did and we had a very cordial meeting. We want to modernise our statues and get more stakeholders involved in the decision making process of our football. This is something we have always spoken about and we are taking steps to have that corrected. So in the next two years we should have a new statues going into the next election," Wint said.