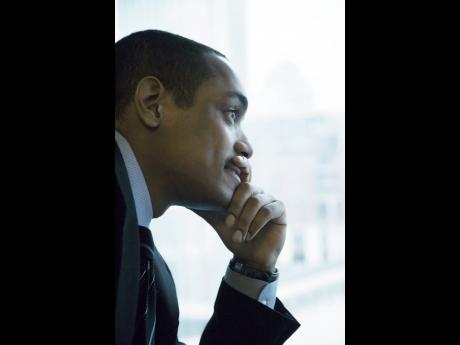 Look here nuh, I had a lively little debate with my brother Ity on Monday. We passed a billboard that defines 'man' as an adult male who takes care of his children, and my beloved brother merely saw a positive message encouraging men to stand up to their parenting responsibility.

I saw that too. But I also saw a subtle but problematic suggestion that an adult male who has no children is perhaps not really a man. What you say? What you see?

I once heard the story of a shoes salesman who went to a village to investigate the possibility of starting his business. He soon discovered, though, that the people of that village all walked barefooted.

So he went away in despair thinking that he had no hope of ever selling those people shoes, since it is obviously their custom to walk barefooted.

Another shoes salesman went to the same village and when he saw the hundreds of barefooted people he immediately set up shop. Why?

For every barefooted person, the second salesman saw the potential of selling at least one pair of shoes. He just had to find a way to get them interested in the idea of wearing shoes.

Funny, eh? One man only saw a problem but the other man clearly saw potential. Yes, it's a common and often repeated idea that several people can look intently at one single thing, yet everybody can walk away with a completely different idea of what was seen.

After all, we each look at life through different lenses. And the lens through which we view something can either limit or expand our ability to really see the thing.

Of course, our lens don't change the existence of the thing. It just either affects how we see it or maybe even completely prevents us from seeing it.

For example, thick, dark sunshades create a filter that decreases the glare of the sun to the point that we almost don't see the sun. But shades don't get rid of the sun.

So peeps, how does the lens of your experience and perspective affect what you receive from certain messages? While you're pondering, let me remind you of a quote from the late Dr Myles Munroe that says "Eyes that look are common but eyes that see are rare".

And as old-time people say, eyelash older than beard! Can you see what I'm saying?