Debating the same issue for more than 50 years 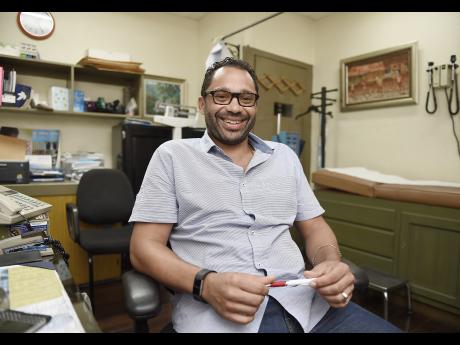 If you're a journalist in this country, or if you really pay attention to the news cycles, I believe you would notice a disturbing trend. Virtually every year at just about the same time, the stories that make headlines in both print and electronic media are the same.

As someone who has been in media for almost 30 years (God, I'm old), this trend says to me that not much in this country changes from year to year, especially when it comes to politics, something that I abhor.

This year, with by-elections due at the end of the month, another issue has come up that has been an issue of concern since before we came an independent nation in 1962. I think it was in 1959 that Edward Seaga relinquished his US citizenship so that he could become a member of parliament in this country.

He would eventually go on to become prime minister of Jamaica in 1980 and has become one of the country's most celebrated leaders.

Fast-forward to just about a decade ago when a similar issue arose. This time, concerning the status of the JLP's Daryl Vaz.

Now 10 years later, it's Dr Shane Alexis in the news for a similar matter. Dr Alexis is trying to win an election to represent South East St Mary, and there has been debate over whether he qualifies as a Jamaican citizen. Dr Alexis is reported to be a Canadian citizen, who has Grenadian heritage and who is married to a Jamaican. However, apparently, our Constitution allows for that.

However, every time this matter arises, there is debate over whether it is legal.

We have known about this issue for more than 50 years, so why then have our politicians, our lawmakers, not drafted an amendment to remove all equivocations about the matter and settle the conversations once and for all?

It is not rocket science. There is obviously an issue, as it was with Vaz and now Dr Alexis, so change the language to make it more explicit as to who exactly can be put on a ballot in this country to become a member of parliament.

The consistent failure to do so suggests that our lawmakers are deliberately avoiding making changes so as to be able to exploit the loopholes at their convenience, have no will to do anything worthwhile, or just don't know how to.

None of it reflects well on them - or us.