Exes team up against Halle Berry 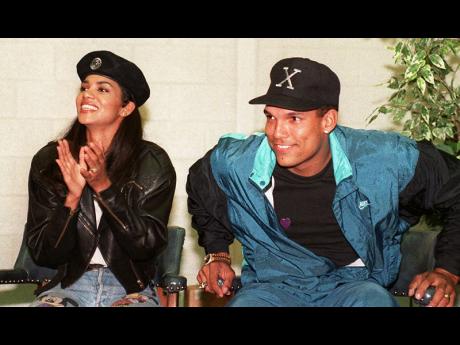 Halle Berry's recent announcement that she will be divorcing Oliver Martinez after two years of marriages, is apparently giving her exes an avenue to unleash years of hurt and resentment.

On November 3, Halle Berry's first husband and former baseball player David Justice, took to Twitter to rant about his past relationship with the 49-year-old actress.

He also ranted on behalf of some of the star's exes as well.

"Yup. Me, Eric, Gabriel and Olivier were all her “Knight in Shining Armour”, until it ends. Then we all become the worst guys in history," one tweet from the former baseball player said. The tweet was later deleted.

"Only the guys in the relationship with Halle know the real deal. there will be another, of course. He’ll be called 'The Best' until it ends," another tweet that was later deleted said.

R & B singer Eric Benet, who divorced Berry in 2005, gave Justice his stamp of approval with a tweet that said, “My man at @23davidjustice is tweeting some truth diss’ mornin’!”

David Justice also brought up comments Halle Berry made about being abused by a former spouse. Though she never named the spouse, it was widely rumoured that Justice was the abuser.

In his Twitter rant yesterday, Justice said Halle Berry tried to destroy his character after their break-up.

"She was mad at me leaving the relationship so she and her Hollywood Team just tried to destroy my character.It had to be my fault, right?" the tweet said.

He also issued a warning to Berry's husband Oliver Martinez with whom the actress shares a son:

"Just wait, Olivier. It’s coming! She insinuated that her daughter wasn’t safe around Gabriel. look it up and see the reason! Just wrong.smh"

Halle Berry and David justice were married for 5 years between 1992 and 1995.