Meeting Obama was an honour — Tessanne 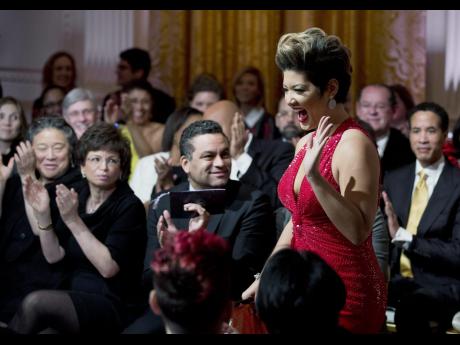 Tessanne Chin arrives at the "In Performance at the White House: Women of Soul" in the East Room of the White House in Washington, Thursday, March 6, 2014 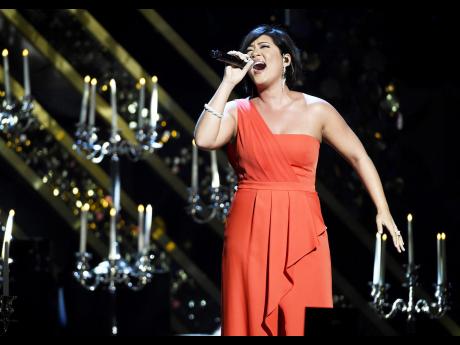 Regarded often as Jamaica's sweetest songstress, Tessanne Chin is one of the few Jamaicans who has been invited to the White House in the capacity of a performer.

Though it is an experience she says she will treasure for the rest of her life, she declined to comment on President Obama's exit from office. “I never get involved in politics. That’s not my thing. That’s not what I’m about. Our job as musicians is to bring the people together. So, what I think about the presidency or the elect — the inauguration tomorrow is not really here nor there," Tessanne told THE WEEKEND STAR.

Still, the singer regards the 2014 performance at 1600 Pennsylvania Avenue in Washington, DC as one of the major experiences in her life.

"I was very aware, and I thank God that, you know. I had people around me that were aware of the significance of being in a house with such history. And not only the significance of that history, but being in the house at a time when President Obama was president," she said.

"As an artiste, having the experience to go to the White House was an incredible one," Tessanne told THE WEEKEND STAR.

"All I can say is that my experience there, from start to finish, was a good one. Having the honour and the pleasure of getting to meet President Obama and First Lady Michelle is one of the honours of my life. They were so warm, so charming, you know, and just incredibly gracious hosts. And it’s one of the things that I will hold dear to me for the rest of my life. It’s one of the things that I’ll tell my kids and grandkids one day, and something that I will treasure forever."