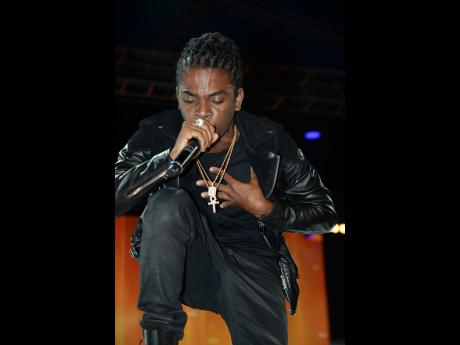 Billboard Magazine writer Pat Meschino has given credit to Jahmiel for his performance at Reggae Sumfest. According to Meschino, the Gain The World singer was brilliant among a sea of stars, and perhaps took his career to a next level.

"Jahmiel delivered a brilliant, career elevating set at Reggae Sumfest early this morning (Saturday), following Nigeria's Patoranking, who was also great, and got a wonderful response from the audience, many of whom were hearing his music for the first time. But Jahmiel took things to another level, in a well-paced, focused, and razor sharp performance," Pat Meschino posted on Instagram.

Backed by the iconic Ruff Kutt band, Jahmiel delivered a slew of songs from his growing catalogue, including Where Were You, Things Take Time, Strongest Soldier and Gain the World.

When asked if he was pleased with his set, Jahmiel said: "I am pleased with my performance. I went out there to deliver and introduce myself to the people, and I feel I did just that. Big up the bands, Ruff Kutt, and the entire Reggae Sumfest team".

Set to depart the island on Thursday, Jahmiel has a hectic six-week schedule coming up with performances in Connecticut, New Jersey, Kansas City, Atlanta, Chicago, Naples in Florida and British Virgin Islands, as well as RTI Weekend in Negril.