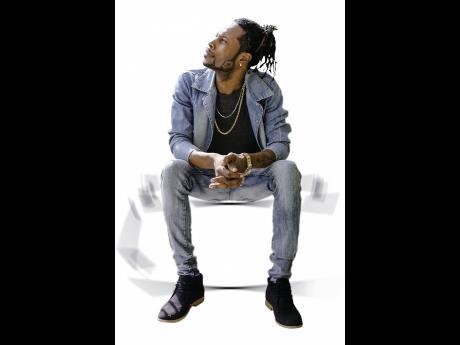 Dancehall singjay Star Prynce is getting much traction with his latest single 'Never Forget', which was released on the Calose Production label recently.

The single is a call to always remember one's origins. It romanticises the singjay's early upbringing in Gregory Park, Portmore.

"I like to sing reality and consciousness because I feel an obligation to uplift and elevate the minds of the downtrodden. I also dabble in other genres of music, like dancehall and soca," said Star Prynce, whose given name is Jerniel AndrE Ferguson.

Born July 26, 1989, Prynce grew up in Annotto Bay, St Mary, before moving to Portmore in his later years.

But the gang violence in Gregory Park grew to a dangerous level, forcing him to quit high school and move back to St Mary.

"It was rough growing up in Gregory Park. Imagine leaving to go out to high school and wake up in a curfew or wake up and see a dead body at your gate. I had to leave the area," he said.

In 2003, while living in Junction, St Mary, he began to pursue a career in dancing, joining a troupe called VIP.

He began to dabble in music a few years later, and in 2009, he performed alongside Jah Vinci, Tommy Lee and Aidonia at a show in Annotto Bay.

He left the group in 2010 after his prospects stagnated, and he returned to Portmore and began to pursue music full time.

"I just fell in love with performing music after the Annotto Bay show because the response from the crowd was so overwhelming. I knew that was what I wanted to do with my life," he said.

He will be releasing another single, Night Shift, featuring Lutan Fyah, in November. He is currently working on his first full-length album Road Code.

An EP is also scheduled for release in the first quarter of 2019.