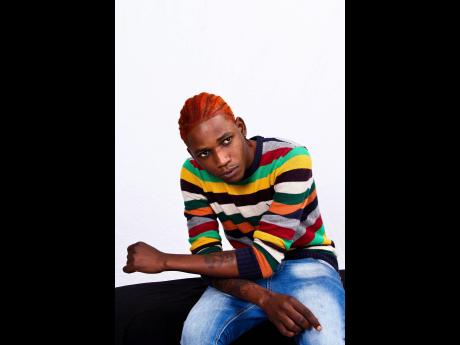 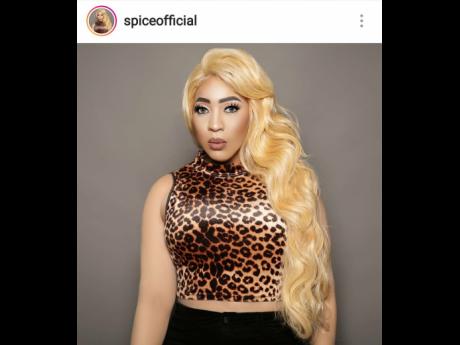 Dancehall artiste Spice posted this light-skinned version of herself on Instagram recently. File
1
2

Since Spice broke the Internet last week by premiering an extremely lighter skin tone to promote her single 'Black Hypocrisy, there has been a slew off reactions.

While some are still undecided as to whether she has indeed bleached her skin or if it is the handiwork of an extremely talented make-up artiste, there has been a slew of comments, memes, and songs.

However, dancehall artiste Gage, who used to bleach his skin until he stopped in 2017, does not believe that an individual's skin colour is such a big deal.

"Whether yu black or brown, mi no see the big deal weh yu colour have fi do wid it from yuh a contribute to society, that is what really counts, mi no see it like how dem see it," he explained.

Being an artiste that was known for his bleached skin, he said he decided to stop in a bid to shock fans.

"Being a artiste when mi did white, mi a media person, suh persons a guh see me and dem a guh draw mi up inna di media and dem a go surprise by it," he told THE STAR.

He says since he has stopped, he has received more love from fans, but he does not believe that it could be attributed to the fact that he no longer bleaches his skin.

"I don't think the bleaching has anything to do with the music. I think the music get real, the music dem start paint a story and the people dem start gravitate to it (the music)," he explained.

Gage says a lot of artistes bleach in a bid to get recognition, but fail to grab fans because they are not doing music that will make fans gravitate towards them.

However, if it is executed in a similar way like Spice did in a bid to push Black Hypocrisy, he believes that a publicity stunt would enhance an entertainer's career.

"Look at the way Spice do har thing? If yu a guh mek a decision like that, weh pertaining to yu career, and it's something weh shock di place, if it nah guh electrifying, it nuh mek sense yu dweet," he told THE STAR.

And while applauding the success that Spice has received with the release of Black Hypocrisy, he says he's not convinced that she lightened her skin.

"Mi nuh think a bleach she a bleach, but mi feel happy fi know say a Jamaican artiste get so much views inna one day. Mi see har pon Wendy Williams Show and all a dem thing deh which if she neva put on the make-up, that wouldn't happen. Suh she just a paint a picture and a show the world and it work," he said.