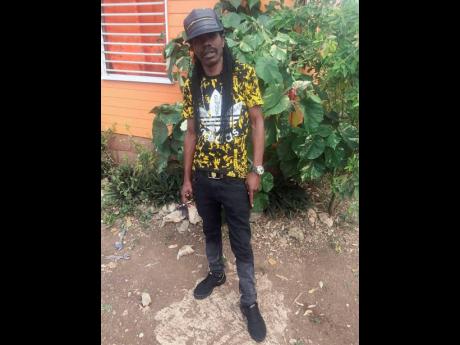 A viral clip of American TV host Jimmy Fallon and comedian Chris Rock reacting to reggae artiste Guinney Pepper's music has pushed him in the limelight.

The video is from a 2017 interview on NBC's The Tonight Show, and shows the personalities listening to Pepper's 2009 Lick The Chalice song, where they joke that the singer sounds like a dolphin. But Pepper is the least offended, noting the clip has made him a hot topic.

"I actually saw it two weeks ago. Me know Chris Rock already and me know seh Jimmy Fallon big, but me never know about the show," Pepper told THE STAR.

"I'm a humorous person, so me start laugh when me hear the dolphins and underwater sounds. Me just happy seh di song a play, and it was a joy fi see seh it mek dem happy too. I see light shining from all directions, and me a get some calls weh me never get before. All BBC radio call me for interview."

Born Ainsworth Nugent, the 49-year-old entertainer started a recording career in the 1990s with his childhood nickname as his moniker. He said that he was given the name 'Pepper' from Ninja Man, whom he cited as his early inspiration. Despite his duration in the business, the veteran singer believes that he continues to get a 'fight'.

"Me nuh feel like nobody in the world career get a fight like my career," he said. "When me go pon plane and see the kind of people weh come and interview me and the kind of life me live outside of the country and glory me get outside Jamaica, it mek me feel a way cause me don't get that here. Me perform pon plenty festivals out here, like Island Explosion, and me used to perform pon Sting and me never flop yet. Me just nah get no love pon the charts out here."

But the singer remains motivated, and said he will use the current attention to his advantage. He is also gearing up for a Caribbean tour in August.