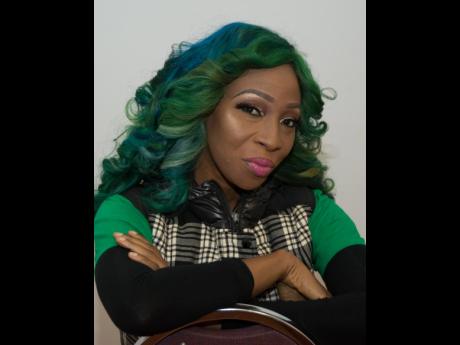 Dancehall artiste Macka Diamond is back in the island after a two-week gig in South Africa.

Speaking with THE WEEKEND STAR, the entertainer said she is still basking in the reception she received, jokingly adding that her male fans wanted her to remain in the country.

"It felt really good to return to the Motherland again. A couple years ago, I went to Uganda, and this time, it was South Africa. I spent two weeks there and did three shows in Johannesburg, and the reception was really good. It really felt like home there. Bun Him is one of their favourite tracks, so they had me singing that over and over again. The male fans love me off too, enuh. It was just a whole lot of fun being there," she said.

According to Macka, while part of the tour did not go as planned, she is looking forward to returning to the continent later this year.

She said: "I am booked to go back in November, and I am really looking forward to that. I was supposed to perform in Zimbabwe, but it didn't work out as planned."

In addition to South Africa, Macka made stops in New York and Canada, where she delivered captivating performances.

"It's all about the work for me this year. Reggae/dancehall is very sought-after internationally, so I am just putting in the work and will continue to be an ambassador for the genre," she said.