Zenyth taking it to the top 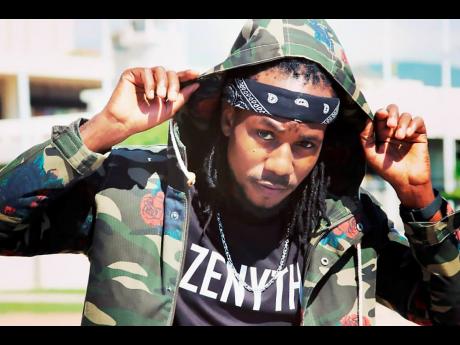 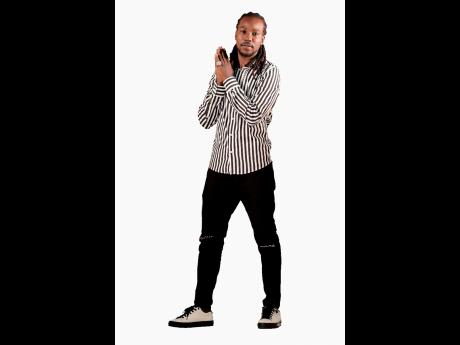 As his name suggests, singer and songwriter Zenyth has plans on taking dancehall music to the highest level possible.

The up-and-coming artiste, a 2004 graduate of Kingston College, describes himself as a talented, well-rounded lyricist who caters to hardcore dancehall fans, reggae fans and also corporate fans.

Zenyth has been knocking on the door for a minute, and has done the required bleaching at the studios, such as Stone Love and Don Corleone, hoping to get that longed-for 'buss'.

His first big moment, he recalls, came in 2015 with the official release of his debut single, Sexy Figure.

He says that he got rotation on local radio, which generated great feedback and gave him much encouragement. Zenyth even managed to convince some people to become his fans.

Currently being managed by the overseas-based Warbuss Entertainment, Zenyth believes that his partnership with this entity will facilitate the necessary growth needed to boost his career. "They took up my career in 2018 and since then, they have been giving it some shine," he told THE STAR.

The other singles he has which are receiving airplay are Rate Who Rate You and Rain Or Shine (Make That Money). All three songs are available on major music platforms such as Vevo, iTunes and Spotify.

A video for Rain Or Shine is in the making and will be released later in the summer.

Zenyth told THE STAR that although he has not yet made his first overseas trip as an artiste, he has collaborated with a few artistes based outside of Jamaica.

"The most recent collab is with me and an artiste named Kynn from the Netherlands. The song is called Overseas Connection, and it is on his album. In the past, I did collabs with Reven Reii and Yoyo, both from the UK," he said.

Born and raised in the sometimes volatile community of Denham town in west Kingston, Sanjay Anthony Gayle (Zenyth's given name) is the seventh of nine children and was raised by a single mother.

Young Sanjay was determined to have a better life, so much so that he challenged himself in the Grade Six Achievement Test to become a student of the prominent Kingston College, where he acquired seven Caribbean Secondary Education Certificate subjects and later on pursued a number of certifications and skills that have shaped him into the well-rounded individual that he is today.

Zenyth says his passion for music is the single thing that helped him through the challenging times during his childhood.

Releases: Sexy Figure, Rate Who Rate You, and Rain or Shine (Make That Money)

Interesting Fact: He is the father of a very vibrant three-year-old girl who, he says, is his biggest motivation in his life.