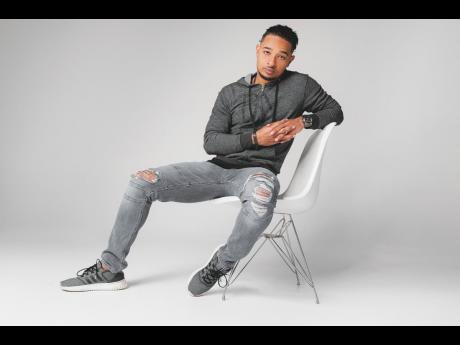 While some Jamaicans may be quick to 'bun out' homosexuality, gospel deejay DJ Nicholas tried a gentle, biblical approach when a gay man described him as attractive, adding he wished the artiste 'swung that way'.

When he read the message on Facebook, DJ Nicholas said he took a day to compose the right response, which included scriptures from Romans and Corinthians, and a link to Amoy Lawrence's testimony, a homosexual turned Christian, published in The Gleaner last week.

"In my younger days, I would have probably just rebuked him, but I'm older and more mature now so I try to approach everything differently," he told The STAR.

"I thought about what would be the best approach, a Christ-like approach and I decided to share the word of God with him. When I was ready to really divulge in it and start minister to him, the messages stop go through and me realise him block me, so I guess it was just too much for him. If you're doing something and the scripture is contrary to it, it's gonna bother you, it's gonna convict you and my conclusion is maybe he just doesn't know and believes everyone else is wrong."

The Back To The Owner deejay shared a screenshot of their interaction on social media, to show his followers another way of handling similar situations. He said this resulted in some people clicking the unfollow button, but noted he has also gained followers in the process.

"I wanted to show people that I think this is the best approach, don't fire bun or seh who fi dead, they are still human beings with their struggles like all of us, try and take a Christ-like approach, which I tried my best to do," he said.

"He was the one who came to me and when I start ministering, him block me, which I found funny. Some people unfollowed me after I posted it but people can be thin-skinned when it comes to that homosexual conversation, which I understand because they don't waan hear it's sin, they waan hear it's an alternative lifestyle. But because I am bible-believing, I will always stand on that ground. I will not intentionally go out to try and hurt anybody or offend anybody but if this is what the Bible says, this is just what it is. If you are going to approach me with that, I'm going to tell you what the Bible says. It's reality - don't be upset with me, be upset with the word of God."