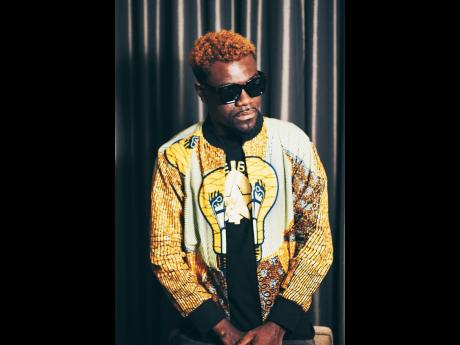 When Ghanaian-born artiste Slim Flex landed in Jamaica two weeks ago, he anticipated spreading the wave of Afrobeat music.

To his pleasant surprise, the genre has already taken flight among locals, and is the go-to 'feel good' music for selectors at any 'braffing' session.

"It's been incredible; I came here for the first time in January and already saw that the streets were gravitating to it," he told THE STAR. "This time it has improved 'cause every party I've been to, I heard an Afrobeat song. I performed in Ocho Rios and Negril and people just want to learn about this Afrobeat thing. They were even doing some African dances."

Now living in Canada, the entertainer shot to prominence in 2012 with his debut album Odehyea, and is known for fusing different genres including R & B and reggae.

With roots in the 1960s, Afrobeat became popular in the 90s but is now experiencing worldwide glory with acts like Wizkid, Davido and Stonebwoy.

Though the genre's message was once political, the sound today incorporates different themes which Flex said has aided in its global acceptance.

"Afrobeat legends like Fela Kuti spoke about fighting the oppressor and the black man being capable of managing his own affairs and so on, but as time went on we found that it is better to marry the Caribbean sounds and African sounds to create that beat and have 'lovey dovey' songs or a party feel to make it enjoyable for everybody," he said. "Because of that, Afrobeat is moving and doing good. I like the response and where it is going. I want people to take Afrobeat serious cause it's on the rise."

Flex wants to increase his presence in Jamaica in the near future, hopefully starting with a 14-parish tour for his latest album Gifted.

"There are cultural ties between Ghana and Jamaica and I want to be able to take Jamaican artistes back home to do a show, and take my people here to do shows too," he said. "I want a lot of Jamaicans to come to Ghana, enjoy the land, find your families, get yourself involved, and let's build each other."