Spice, Shenseea, Ishawna, Jada hailed as ‘Queens of the Dancehall’ 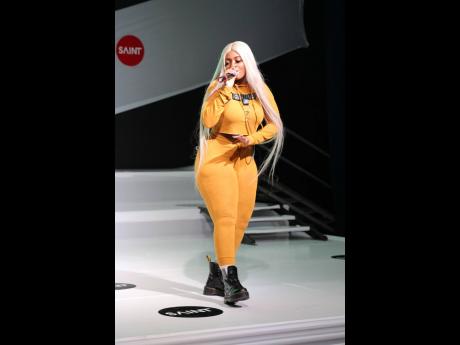 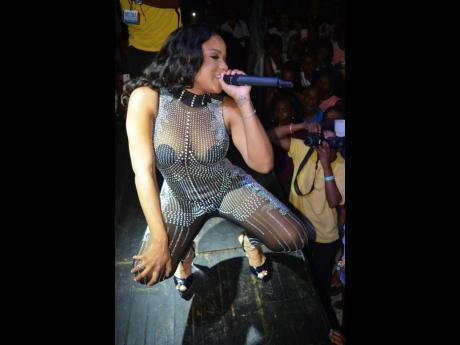 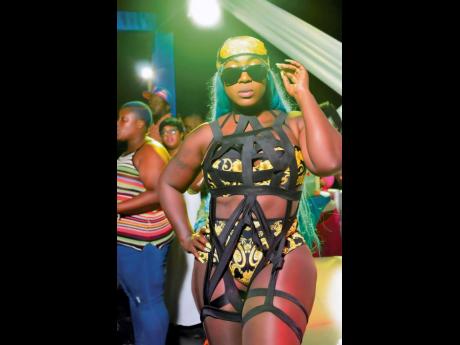 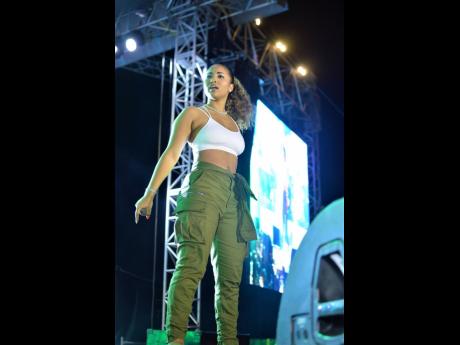 Dancehall's leading lady, Spice, has long lobbied for the title 'Queen of the Dancehall', a label that got unhinged when the once-reigning queen, Lady Saw, renounced the secular for the holy.

Now, Spice has the royal title attached to her name, but, alas, it has been shared among three other females.

The four, who a writer for the NY Times has praised as the 'Queens of Dancehall", are seen as redefining the genre and taking over from the men.

"...Dancehall has long been dominated by men. In the '80s and '90s, female artistes like Lady Saw, Sister Nancy and Patra were a rarity, using their music to challenge social and religious norms. Now, many more women are making dancehall music, and they're beginning to change the language of the genre -- taking on topics like queer love and colourism," the article states.

Along with Spice, the others named are Ishawna, Jada Kingdom and Shenseea.

Set against a colourful background with bold pictures, interspersed with lively scenes from the popular weekly dance, Uptown Mondays, where patrons are seen 'boom flicking' (somersaulting)and provocatively parading their immense skills in a keenly contested dance competition, the NY Times spread seeks to capture the essence and spirit of the dancehall space and the music.

At 36, Spice, the oldest and most experienced of the quartet, threw up a definition of dancehall as "hardcore, explicit content", but pointed out that Spice is not Grace Hamilton (her real name).

"On stage, I'm so extra aggressive and I'm so lewd and I put on this feisty persona. I'm a different person than the Spice they see on stage," she said.

Not surprisingly, she names her most controversial moment as Black Hypocrisy, the 2018 song/EP which she released after shocking fans with a white version of herself.

Quite pleased with the spotlight, she wrote a gushing tribute on social media: "Thanks @nytimes for this feature."

Of the international feature, which her fans are fawning over, the 32-year-old Ishawna, on the other hand, had a no-frills response.

"When singing about your 'vagina' gets you featured in the NY Times," she told her fans on Instagram.

The former Downsound Records artiste revealed, "Sometimes I end up being on a riddim with nine other men, and I have to go just as hard, if not better."

Her Equal Rights song on oral sex was singled out for special accolades.

The redefining moment for dancehall in Shenseea's career, came this year when she uploaded a scene to social media showing herself in bed with another woman, the preview of the video for her collab with Tyga, Blessed.

Shenseea told the NY Times, "People might bash me, but I'm showing people they should be free in their own life. I'm not standing for the things they stood for. If I want to do it, I'm going to do it. This generation is like that."

At 20, Jada Kingdom is the youngest "queen", and while some are questioning her ascension to the throne, her Love Situations is what is seen as a redefining moment.

"In her music videos, Kingdom's insecurities and romantic obsessions play out in graphic extremes. In Love Situations, she carves up the body of an unfaithful man," said the article.