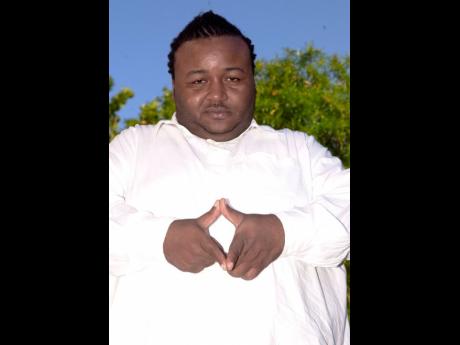 Successful Jamaican producer Rohan 'Jah Snowcone' Fuller is appealing to artistes to stop 'hustling' the music and give back to the culture in a meaningful way. Snowcone was part of the winning Do It For The Culture team at the Red Bull Culture Clash held at the National Stadium in Kingston last Saturday.

An advocate of dancehall, Jah Snowcone casually dismissed the new-era trap dancehall favoured by this generation of artistes, and is imploring them instead to preserve the sound which has been rocking the world.

"The trap ting nah work," he said of the hip hop-flavoured beats that many veteran dancehall producers have been hitting out against.

"Look at the Afrobeats artistes. A dancehall dem love. Stonebwoy [Afrobeats artiste] lived in Jamaica for a year to get close to the music," the Billboard-charting producer stated.

Trap, an irate Jah Snowcone declared, is not only affecting the actual songs, the dancers are also caught up in the trap.

Emphasising that dancehall is "our culture", Jah Snowcone pointed out that these youngsters, who are standing on the shoulders of those who helped to create and build Jamaica's rich musical legacy, which is sought after overseas, are duty-bound to ensure its longevity.

"Ed Sheeran, Justin Bieber, Nicki Minaj, Rihanna, a di original dancehall riddim dem a use and get big. A dem a big up our dancehall culture. Our artistes need to mek sure that we don't lose the roots," he stated.

Jah Snowcone, however, had words of praise for teenage sensation Koffee, who is taking reggae and dancehall to the world with a foundation flavour.

"Look how Koffee can come and say 'tum tum tum tum tuum' ... and have everybody a sing and dance," he said, chanting the beats of Koffee's hit single, Toast.

Jah Snowcone added that he would love to see more artistes adopt the musical force of Koffee, rather than the hustle mentality that now exists.