STAR on the Rise: Deejay needs just One Chance 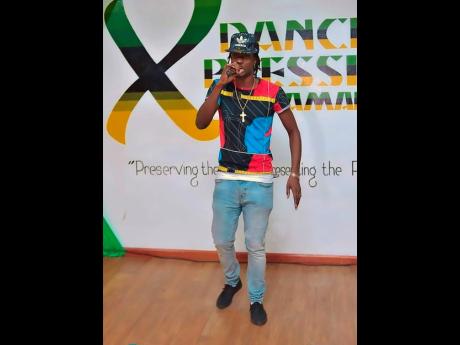 It is said that a name can make or break you, and dancehall deejay One Chance firmly believes in that.

Having surfaced on the scene five years ago, the entertainer, given name Carey Williams, is actively waiting on that one chance to be a star.

Williams said that he didn’t get the chance to ask his mother why she gave him the pet name ‘Chance’, because she died when he was 14, but it is a name that he has chosen to stick with for life.

Earlier in his career as a recording artiste, he used the name Chance Cross, but then people weren’t feeling it and his brother said it sounded too much like Chase Cross, the name of another deejay in the business.

“It was my brother who gave me the inspiration to change it to One Chance,” he told THE STAR. “He told me that all I needed in the business was one chance, and that was it. I later sent to him and told him that was my new name.”

The up-and-coming act, who started to take his journey into the entertainment business seriously in 2016, said that it was a friend who encouraged him to do music.

“I would always be freestyling and deejaying other peoples’ songs. And one day, unknown to me, my friend was videotaping me. When he showed it to me afterwards, I said to myself that I didn’t know that a so mi bad. And from then, things started to happen,” One Chance said.

The entertainer did his first song in 2016, but it wasn’t until the following year that he saw some real progress and then he linked with producer Teflon 13, who has been guiding his career. His most recent song, Be Wise, is described as motivational.

“Is a song that everybody can relate to. It is telling the youth to open up their eyes and don’t allow themselves to be tricked,” One Chance said.

He is currently balancing his music career with a full-time job, because “food haffi eat and bill haffi pay”.

The artiste, who hails from Kingston 13, has big dreams, and these include philantrophy.

“Whenever I see the homeless people on the road, I tell myself that when I get that one chance and make it big, I am going to build a shelter for them. I also want to make my mother proud of the man I have become and take care of my family,” One Chance said.

Interesting fact: “My first song was 2015, people love it and it grew from there. But it got crushed in the (producer’s) computer, when it crashed. And so it wasn’t released, but the song is

still in my head.”