Shatta Wale is the new face of reggae compilation 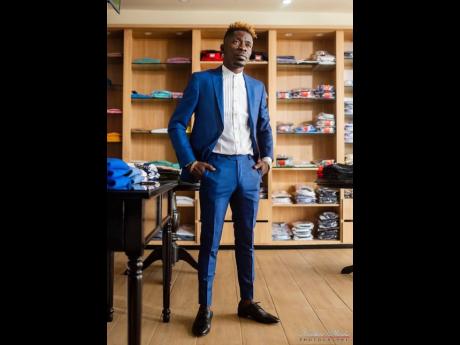 Ghanaian artiste Shatta Wale has replaced Akon as the face of a new reggae-inspired collaboration being produced by a collective, which includes Contractor Music Group, Golden Child Records, Beatbopper Records, and Kohanim Records. Tropical House Cruises to Jamaica: The Reggae Collector's Edition, is the new title of the project, which, up to recently, was named Akon And Fri ends Remastered.

Shatta Wale, who brands himself the 'King of African Dancehall', has already endorsed the project, sharing it with his more than two million followers on Instagram.

The entertainer told THE STAR that he was happy for top billing on this album, which showcases various artistes, including Capleton, Sizzla, Beenie Man, Elephant Man, Wayne Wonder, Tommy Lee Sparta and SkilliBeng.

"I feel honoured to be chosen to headline such a big album compilation with legends that I looked up to when I was young. I'm looking forward to make history with everyone on the bill for this reggae collectors edition of Tropical House Cruises to Jamaica. The fans are also happy and looking forward to see this project conquer the world," said Shatta Wale, who last year landed a collaboration with Beyonce on her The Lion King; the Gift album.

Akon took to social media recently to deny media reports that he was headlining the reggae-inspired project.

Billboard-charting producer, Sean 'Contractor' Edwards, explained to THE STAR that negotiations with Akon had broken down, resulting in Shatta Wale, who was already on the original project, now taking the reins.

"The concept was to open up the African continent to reggae music in a big way, so we decided to reach out to Akon," Edwards said. "I had a rep meet with him over the Super Bowl weekend in Miami and things were going good until negotiations recently broke down and we couldn't meet a mutual agreement."

According to Edwards, Shatta Wale expressed readiness to be the project's headliner. "So we have rebranded, and Africa is looking forward to it," Edwards said.