Gospel Spotlight: DP Coombs is town crier for the gospel 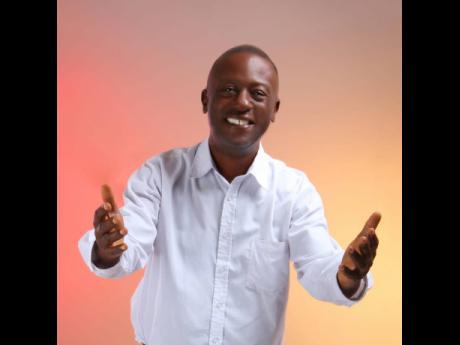 Gospel singer DP Coombs has a thing for names. His latest single is quite a mouthful. It is titled Is Only One Thing Really Make Sense Right Now Is The Bible, and, according to him, he was led by the Spirit to so name it.

"This project is an exciting gospel music production. It is a statement, and once you hear that, it tells the whole story. The song takes you through creation and the fall of man and even has a little humour in it," he told THE WEEKEND STAR.

Coombs, who, as his stage name indicates, is also a town crier, is also using his loudspeaker as a promotional tool. A member of the Johnson Town Seventh-day Adventist Church in Kingston, Town Crier DP Coombs doesn't allow the conservativeness of his faith to prevent him from riding an infectious dancehall 'riddim', which he does in the single with the rather long title.

"It is the words that are really important, not so much the riddim, plus I am not a spiritual tribalist," he states firmly. "I am a Baptist because I believe in baptism, and, as a musician, I even play keyboard in the Pentecostal church," Coombs said, hastening to add for clarity that it is just a few individuals in the church who could be considered 'tribalists'.

The singer, whose day job takes him into several inner-city communities, says he has been receiving lots of positive feedback from residents, "and even the bad man dem asking for the song".

This makes him particularly pleased as he sees himself with a mission to win souls for the Kingdom of God and revealed that the idea for this single came to him after a discussion with a Rastaman who didn't believe in the Bible.

Coombs, who has more songs than fingers and toes, is on a campaign to send out all of them to as many WhatsApp numbers as possible and furiously shares the songs through this medium. His campaign seems to be bearing fruit, and gospel stations have picked up a few and are playing them.

"Another song for this year that I would like to share with you is Charity (I Am Nothing If I Don't Have Charity). This was released one month ago and is doing well. As the public town crier for the Ministry of Health & Wellness, I offer my song to be shared on radio in support of the minister's COVID-19 messages to love and care for one another at this time," Coombs said.