‘Pirates’ made Hitman Wally give live shows a break 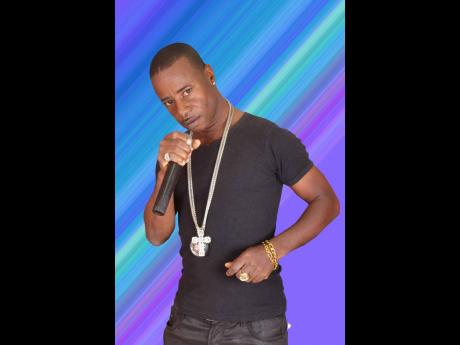 One of the first things to establish about deejay Hitman Wally is that his 'hit mannishness' comes from the songs that he wanted to speak into being, and nothing else.

"I performed after Capleton one night at a stage show in August Town and got seven encores. I was Captain Wally at the time and the people dem seh 'captain work pon ship' and me a hit dem with lyrics, so dem start shout, 'bring on back Hitman Wally'. So I took the name because hit songs are good things," he recalled. The 'Wally' part is another matter.

Hitman Wally is known for his feisty lyrics, dripping with humour and which explore many themes. But the greatest irony is that the artiste, given name Walter Nembhard, has never had a hit song.

"I used to build lyrics for each show, and that's what the people loved. Recording my songs was a challenge for so many reasons, so I did what was necessary to keep myself visible at the time," he told Weh Dem Up To.

The deejay has been on the scene for three decades, and he seems to disappear at times, but says he has never stopped making music. He said that the pirates in the business made him decide to give live shows a break.

"I would buss my brain to come up with lyrics for a show. Cause memba seh the first ting a promoter a tell yuh 'but yuh nuh have nuh hit tune'. So your money small. And after yuh go through that, then couple weeks later yuh a listen to the radio and hear a big artiste with a new big tune, but ah your lyrics. That happen to me too much time," he said.

He said social media has helped him to structure his music, and he has linked with producers across the globe.

"I was recording from 1986, and Dynamics used to send a lot of songs overseas. Some of those same people from Germany, Switzerland, Africa find me on social media and sometimes I can't believe that dem have certain tunes," he said.

He has developed a working relationship with several producers, artistes and beat-makers overseas, with the most recent being French artiste, Nugus Wardread, with whom he has a collaboration.

"The song is called Mass Consumption, and it is about the environment and how we can have a better world," he said. "They say it is getting a lot of airplay in France and we did a music video, but because of the pandemic, Negus wasn't able to come to Jamaica. We are now working on a EP which will be done in Jamaican Patois, French and English."