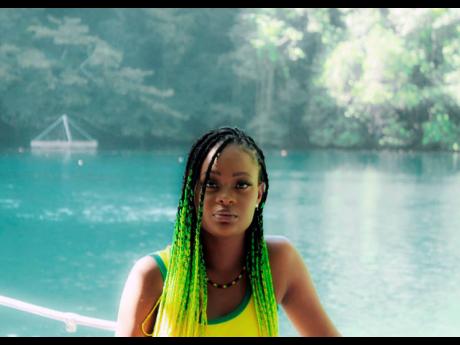 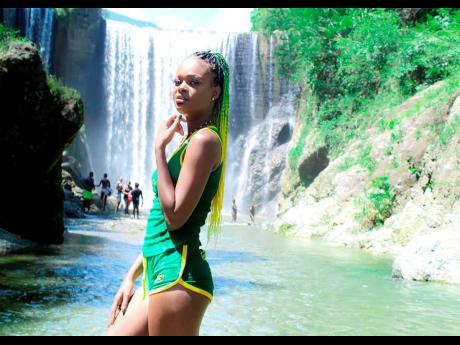 Like many entertainers before her, Danece Alia Jacas, better known as Sacaj, grew up singing in the church, where she has been active in music ministry since the age of six.

However, the entrepreneurship major at the University of Technology Jamaica, after much persuasion, is ready to explore the offerings of the 'other world', even as she smiles away any suggestions of conflict and the obvious question, "Why not gospel?"

"I was always singing and writing, but did not really want to do it as a career. I also know that the office thing is not for me. If I were to do gospel I would have to lead with my life and I am not there yet. Then a producer friend who knew I could sing reached out to me in 2019 and I recorded my first single, Mary Jane, for him," the 20-year-old singer told THE STAR.

That signalled the beginning of her new journey, and armed with a manager, who is a long-time family friend, the St Mary native is ready to churn out hit songs.

Mary Jane is a fine example of her writing skills, and the opening lines are catchy for all the wrong reasons." This is me coming out, thought I was straight up until now, but there's this girl I'm in love with, I'm going public and her name is Mary Jane."

However, the 'Mary Jane' she personifies here is actually marijuana, which some explain as play on words from the literal Spanish translation, mari (Mary) and juana (Jane).

She told THE STAR that growing up, she was always cautioned about the evils of the ganja plant.

"It was demonised back then, but people are becoming more educated, and in college we had an entrepreneurship class researching the plant which is good for so many things. I challenged myself to come up with a song that educates and is fun," Sacaj said.

Passionate, soulful and enthralling are some of the adjectives used to describe Sacaj's voice, and she is finding the songs which complement it.

She recently released the single, First Real Love, a cover version of the D Wisdom's 1991 ballad, and it has been well received.

"It has been encouraging and my manager, Newell Morgan, knows the direction to take me and my music," she said. The emerging artiste says her musical taste ranges from reggae to neo-soul to pop and R&B. She compares her style to artistes such as H.E.R. and Jhene Aiko.

Sacaj sees herself as the new face of music and is determined to engrave her name among the greats.