‘Little bit of money’ brings lots of laughter for Govana 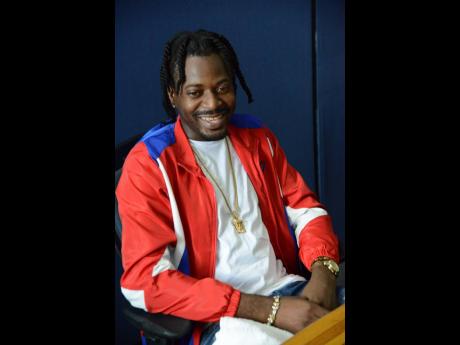 With his July single, 'Likkle Bit A Money', being used in the last general election, dancehall deejay Govana was not surprised it found its way to the Houses of Parliament.

A clip of Local Government Minister Desmond McKenzie reading from a flyer which was promoting an illegal dance, during his address to the house on Tuesday, has since gone viral.

"Shut Yuh Mouth Wid Yuh Likkle Bit A Money. That is the name of it, Madam Speaker," McKenzie said, eliciting laughter from those in the House. Not surprisingly, the deejay reposted the clip to his social media account, along with a cheeky caption. "Sorry Madam Speaker, a suh Govi music do people. I influence the culture. #Undefeated."

In an interview with THE WEEKEND STAR Govana said when he watched the video, he had a good laugh. "I found joy in it. It was hilarious. But I wasn't surprised, because I know that 'little bit of money' was the talk for 2020. It was like the slang for 2020. It was used so much in the general elections. I heard it in the debate when Minister Nigel Clarke used it. I definitely had a laugh about it," the Convo artiste said.

But he agreed that the hosting of illegal parties is no laughing matter. "I think it's best to just follow the laws and the protocols put in place by the Government because it is in the best interest of the people of Jamaica," Govana stated.

"I know that the restriction is a bit dampening on the spirit, but let's just get over this COVID season. Wear your mask, sanitise and social distance."

Govana, who says that this Christmas will be spent with immediate family only, urged people to simply celebrate the fact that we have life.

"I have friends who have had COVID, so I know it's real, so for this year just hold a vibe. We can have our own restricted 'pars' confined within the limits that the Government set which is 15 persons and six feet apart. Even if you seem healthy and you don't have underlying conditions, remember, we all have parents, and we have friends who we don't even know have underlying conditions. So we can't be selfish. We need to think about the people around us and let us all have a Merry Christmas within our own very small groups," he said.