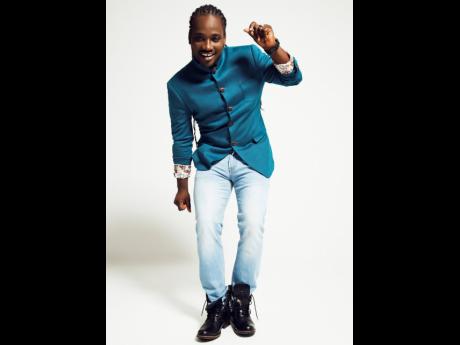 Dancehall's Hot Ras, I-Octane, is making no apology for the fact that his recently released Moods album contains Jamaican curse words as well as other expletives and highly charged sexual content.

" Moods explores the raunchy, dancehall side of Octane," he told THE STAR.

"When you travel the world, you get to realise that knowledge is imperative. What we in Jamaica classify as curse words, out in the world it is seen as part of our culture. People like hearing these special words, which identify us as Jamaicans. They see nothing offensive about them, and are eager to learn them. The world likes to hear certain Jamaican words in some songs, so I included some of these words in this album," he explained.

The singjay does get real raunchy, and in the song Diamond, for example - which some fans are comparing to Jah Vinci's Virgin - he explicitly details the act of lovemaking, liberally using the Jamaican word for the female's private parts and also the universal slang for such an act.

The music video, which was released on Valentine's Day this year, has so far racked up more than 80,000 views on Youtube. The majority of the comments are positive, with one person noting, "Why I-Octane a gwann so. #Dextadaps look ova yah so, yo got to step it up."

Another comment questioned the Ras' mention of whip cream in the song. Team I-Octane had a rather saucy response, "So Rasta nuh [expletive] to?"

Emphasising that Moods is for his female fans, he stated, "The album looks at how females see things from a different perspective. It is all about the ladies and getting intimate. No apology."

The entertainer, who is coming off a weight loss journey, after packing on 250 pounds, has, over the years, managed to keep his lyrical content mainly free from expletives.

Moods, which was released in May by Conquer The Globe Productions, has what I-Octane describes as "14 hit songs and eight interludes, which are narrated by ZJ Sparks". It made its debut at number two on the sales-driven US Current Reggae Albums Chart.

"I am busy promoting Moods right now, and it is one of my best albums so far. I want my fans to continue to stream it and show the love. The place open up now and the girl dem ready fi jiggle dem body, so me and dem," he warned.