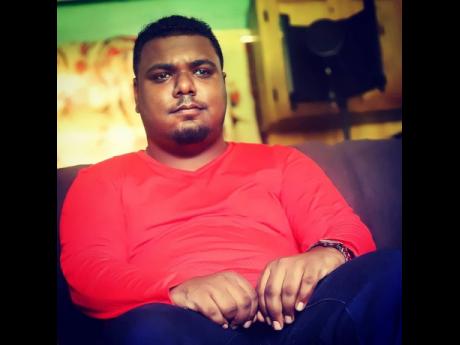 Young producer Dane Sortie is being remembered for his genius at making beats and his high level of professionalism which endeared him to those who worked alongside him and his twin brother Darren, of SartOut Records.

Sortie, who described himself in his bio as a "cerebral palsy musician", reportedly died from complications associated with COVID-19. Darren confirmed that his brother passed away on Sunday, but was too grief-stricken to go into details. However, businessman Windel Dawson was able to provide some insights.

"Dane had been hospitalised and was even on the ventilator, and then I heard on Monday that he had died. His death has left a void here in the west, and from talking to other people, I know that Dane is sadly missed. Darren is taking it very hard, he isn't even answering his phone. They were inseparable," Dawson told THE STAR.

He said that Sortie was an excellent producer who also made great beats which he sold to producers worldwide. "He did some work with Alkaline in his early days and Alkaline respects him so much that he reached back for him on his latest project, Top Prize," Dawson added. Singer DeeClef said Sortie was all about professionalism, chemistry and friendship.

"The entire music industry and I just lost a very talented composer, producer and lover of dancehall music. My best memory with Dane and Darren was working on our single, Represent, that is track number three on my EP Agape. Dane was very supportive with making sure any instrumental he sent to me actually fit my particular style," he said. "[I remember] How hands-on he was with completing the track, constant communication via WhatsApp until we got the song to where we both thought it was perfect. I am thankful that he did get to see and celebrate us peaking at number six on the iTunes Reggae sales chart for the United States."

The Sortie brothers, who have been making beats and producing for over a decade, moved into the big league when they scored production credits on three singles off Alkaline's Top Prize album, namely Nuh Trust Mankind, Magic and Payroll.

The production duo came on to the scene in 2012 as a sub label of Kimichi Records with which they co-produced the 'Summer SKies' and 'Star Quality' rhythms. Sortie has also created 'Beyond Beautiful', 'Havana Sunset', 'Phoenix' and 'World Quake' rhythms for other production houses and worked with artistes such as Gappy Ranks, Teflon, Khaos and Richie Loops.