Iceberg looks to cement his place in Jamaica’s dancehall 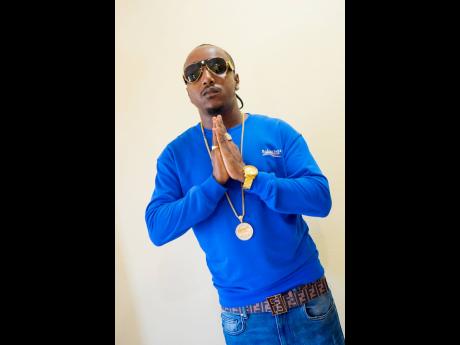 Though recording artiste Iceberg has been in the music business for the past 10 years, it wasn't until 2016 that he got his big break as he teamed up with Shizzle Sherlock for the song Tink a Chattinz.

Fast-forward five years later, and Iceberg is still making moves in the dancehall sphere with an EP and an album in the making.

"The name of the current project I am working on is an EP titled God A God, produced by Ashtracks Records and Styla-T Records," he said. The single of the same name was released in April.

Apart from his collaborative efforts with Shizzle Sherlock, he more recently collaborated with his mentor Bounty Killer on the single Feel The Vibes.

Iceberg is from York Town, Clarendon, where he had a first-hand knowledge of the dancehall genre.

"It was the reason I chose to do music, because we had a community sound system called Stereo Mars, owned by Mr Kenneth 'SkengDon' Black. The sound system usually plays up the road from my house every weekend and as youngsters, we would hear it playing and just go and watch the elders vibing, and then I knew it was something I would love to do one day," Iceberg told THE STAR.

He got the stage name from a clothing brand of the same name.

"The name came to me after receiving a belt from England with the buckle spelling these letters, so I assumed the name from then," he said. Apart from Bounty Killer, Iceberg said that the music of late US rapper Tupac Shakur also inspires him "because of his message and the way how he delivered with eloquence and militance".

Iceberg said that with the restrictions brought on by the pandemic, social media has helped him to reach a wider audience.

"It allowed those persons to still see and hear from my music or whatever project I was doing," he said.