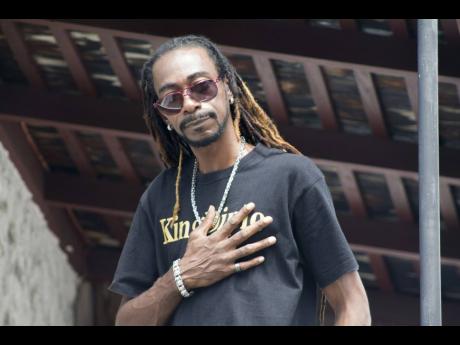 In 2014, singer Dipmatik heard the gospel song Rooted and Grounded playing on radio and he was transfixed.

"The song was so nice. I sent a text to Big A who was playing it that Sunday morning on Irie FM and asked him to play it again. He did, and he also called the name of the singer, Dian Barnett, and so I was able to Google it," he told Gospel Spotlight.

Soon after that, Dipmatik decided that he needed to do a cover of the single. He linked his friend, reggae singer Terry Linen, with whom he always wanted to do a collaboration, and they went into the studio and voiced the song.

"I asked Terry Linen to sing the chorus and I did the verses, and everything was great," he recalled. But fate stepped in, and somehow the files were lost, and, without blaming anybody, they simply decided that was the end of the project. On reflection, Dipmatik now feels that it simply wasn't the right time.

In 2021, he received a beat from Paul Patmore and Rooted and Grounded was resurrected.

"Terry and I linked up again and everything just connect. The single is slightly different from the initial recording because this time around I infused Afrobeats with reggae to give listeners an upbeat gospel song. I combined Dian Barnett's original Rooted and Grounded chorus with David G's Yahweh and Mercy Chinwo's Excess Love choruses. We released it on September 10," he shared.

Dipmatik, who is not a gospel artiste, is excited at the response.

"People are loving it. Radio in Jamaica is playing it and we are getting a lot of response from the US and also from Germany and the UK. Terry Linen is my favourite singer. His voice has that thing in it that just makes you want to listen. This is my first gospel song, but I have done songs which are righteous and uplifting and can even be played in church," Dipmatik declared.

Rooted and Grounded is a co-production between Paul Patmore Production and Dipmatik's label, Yardaz Recordz.