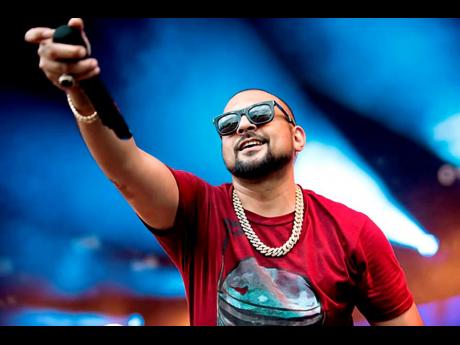 Multi-award-winning and Billboard chart topping Sean Paul reunites with Sia to release their club anthem Dynamite - an indisputable pop banger to round out the year.

Produced by Banx & Ranx and Greg Kurstin (Adele, Pink, The Foo Fighters), the upbeat single relies on dancehall-centric beats, Sia's trademark quavering voice as she belts "Light me up and set me free," and Sean's undeniable dance inducing riffs.

The track marks a highly anticipated follow-up collaboration between the genre-bending artistes since their smash hit Cheap Thrills, also produced by Greg Kurstin, which has racked up more than 1.6 billion YouTube views since its 2016 release.

Sean Paul, speaking about the song, said " Dynamite started out as just a good vibe song. After recording Cheap Thrills, Sia and I knew we would record another single and Dynamite is the second installment."

He said that "Banx and Ranx, Greg Kurstin, myself and Sia worked on this single and I hope people gravitate towards it like our first single. Dynamite is another feel good record for me and I just want to thank Sia and her entire team, my team Dutty Rock, my management team and big up my mom who introduced me to Sia's music."

Sean Paul recently shared cheeky new single, Only Fanz, featuring Ty Dolla $ign. Empowering women who creatively earn their living, Only Fanz garnered acclaim from Vibe hailing it a "tropical banger," while Hot New Hip Hop declared it "one of the most fun songs of the summer."