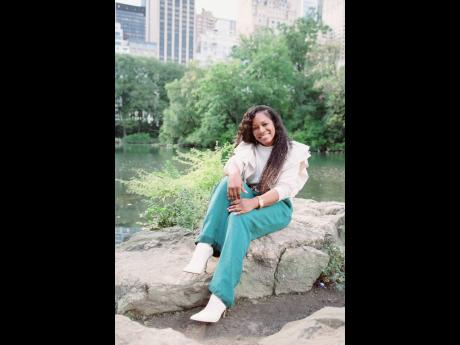 Latoya Shea, a Jamaica-born US-based spiritual life coach, is reaching out to the reggae and dancehall community, as well as people in all walks of life, to get on a right spiritual path.

"I believe that as one searches for a deeper meaning of life, people realise that their truest desire is to know God. This includes artistes and non-artistes alike. I realise that much of what we were taught is based on misinformation and folk tales. I believe that a lot of artistes, though they say they walk with God, they don't know Him," she reasoned.

"This is not like I'm hooking them up with a celebrity. This is God, the Creator of the entire universe, that they're growing in and with. The benefits are immeasurable and they would never be the same. They won't be living a life where they're reactive to circumstances and events. In knowing God, they will come to know themselves ... and that is what will make them unstoppable."

Shea explained that a spiritual life coach explores the deeper connections between people and God and helps others gain an understanding of who God is, how He sees them, and then guides them in aligning their self-perception with His.

"This ultimately leads to the highest and best expression of themselves," she explained. Shea explained that in 2017, she had a dream job but her spirit was unhappy.

"I had everything I had worked really hard for, but it didn't matter. So I started to seek God. I asked Him who He was," she said. She quit her job in 2019 and flew to Atwea Mountain in Ghana, considered a holy place, where a pastor had informed her he had once "met with God".

"So I climbed that mountain in the middle of the night and stayed there for seven days. Not only did I not find God, though He was always with me, but at the end of the trip I was coaching the said pastor on how to be Christ-like," she said. Since that time, she has accepted her calling as a spiritual life coach.