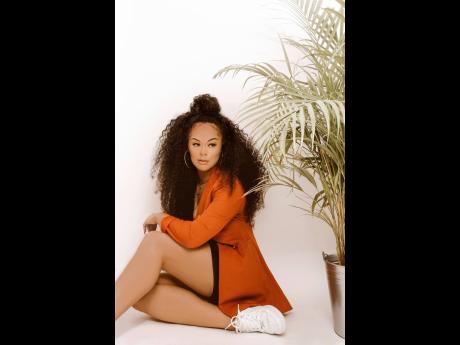 Singer Aleighcia Scott is proud of her heritage. She is a reggae artiste from Cardiff, UK, "by way of the hills of Trelawny in Jamaica", Sherwood to be exact, where her father was born.

Currently in Jamaica where she is busy in studio recording, the Welsh-Jamaican singer is dropping new music today, a track titled Cry.

"It is about being in a situation that is not right for you and listening to your intuition. I have done some radio interviews here in Jamaica and they went well. I am hoping mostly that people will enjoy the song and that it will resonate with them," Scott told THE WEEKEND STAR.

Cry is produced by Kongz, who is known for work with Protoje's Indiggnation camp and it follows her successful February release of the single, I Want You, which topped the UK iTunes Reggae chart.

Scott is also looking forward to the release her debut album, produced by selector-turned-producer, Rory Stone Love, who was introduced to her music online and reached out to her.

"We should have released the album last year, but delayed it because of the pandemic. It was recorded in both Jamaica and the UK and we are putting the finishing touches on it now," shared Scott, who added that she is "obsessed with reggae music and loves plantain and pineapples".

Performing professionally for the last seven years, Scott enjoys the support of her parents on her musical journey.

"I was born into music and at home I always listened to reggae music from artistes such as Sanchez and Marcia Griffiths. At the age of 17, I started going to studios in West London where I could hear the music that I liked and from then I never looked back," she said.

Scott, whose EP, Forever in Love, reached the top 10 of the UK iTunes reggae chart, has won various awards including Radio Cardiff's Best Local Artiste and the MMG award for 'Best Reggae Act' on two occasions. She has performed at Glastonbury, BBC Introducing and numerous international stages.