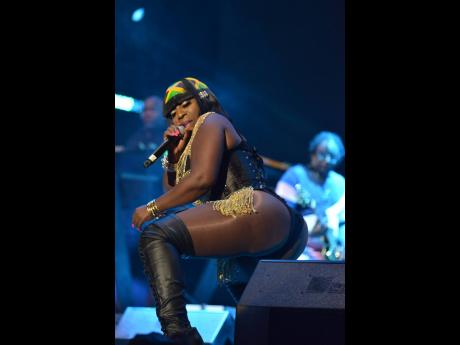 Queen of the Dancehall, Spice, has secured her first Grammy nomination in the Best Reggae Album category for her debut studio album, 10.

The announcement was made a short while ago by Carly Pearce during a live stream.

Nominees include Pamoja by Etana, Positive Vibration by Gramps Morgan, Live N Livin by Sean Paul, Royal by Jesse Royal, and Beauty in the Silence by Soja.

This is the first nomination for Jesse Royal; the third for Soja; the ninth nomination for Sean Paul, who won the Best Reggae Album Grammy in 2003 for Dutty Rock; and the second for Etana and Gramps Morgan. Morgan won the award in 2015 for Strictly Roots.

Toots and the Maytals took home last year's Best Reggae Album Grammy for Got to Be Tough. It is the last album released by the reggae band before the death of frontman Frederick 'Toots' Hibbert.

The Grammy Awards will be handed out on January 31 in Los Angeles. Last year's ceremony was held under strict pandemic-control conditions.