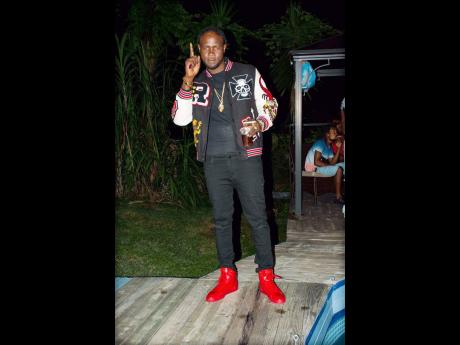 Dancehall artiste Ashroc is currently promoting his new track titled Popstyle, which was produced by Starz&Dreamz Music on the Bricks rhythm.

"This track is about enjoyment and living a happy life with girls, cars and wealth," the artiste explained. The track was originally released on March 9, 2019 with the official visuals being released on April 18 of this year.

"This song was created one night at a studio session back in 2018. Then we mixed, mastered and released the audio in 2019 and kept working until we released the music video. The inspiration to release the music video came after an enormous effect it [the song] created at a stage show called 'Brunching In The Hills' in Westmoreland," the artiste revealed.

Directed by Ink Drops, the music video has been gaining traction since its release, with many of the responses being positive.

"Our hope for this song is for it to first go viral then trending then over a million views, leaving an impact on the dancehall scene. Afterwards, a crossover collaboration would be tremendous," the artiste expressed.

Based in Montego Bay, St James, Starz&Dreamz Music has been the brainchild behind several hits by artistes like Chronic Law, Tanto Blacks and Prohgres. The label previously collaborated with Ashroc on the single Bigger Picture, which was released in February. Prior to that, the artiste also released singles like Out and Ready and Painful Tears.