D’Angel promises to tell all with ‘Exposed’ 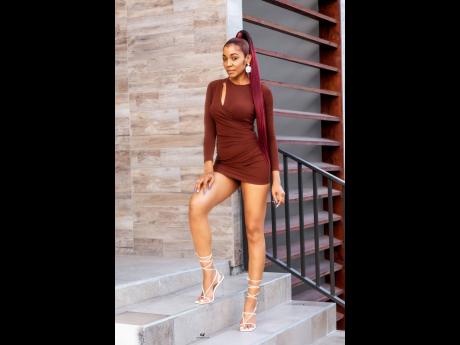 Michelle D'Angel' Downer is gearing up to drop her first album, a tell-all EP titled Exposed.

"My EP is really going to be a story. I have been through everything, and this is what people really want from me," the self-proclaimed dancehall first lady, told THE STAR.

The title track from the project has racked up more than six million views on YouTube and D'Angel is excited.

"This is going to be my very first long-awaited EP. I feel good, and I am happy. I never knew that this is the direction I would be going with it. I just work with the flow and work with what God has in store for me," she said.

D'Angel has been a mainstay in the dancehall industry for more than a decade. Her 2005 breakout track Uptown Living still creates a buzz whenever it is played. Initially pursuing a career as a model, the Stronger singer eventually realised that music was her bigger calling.

On her journey, she believes the most important lesson she has mastered is staying in her own lane and focusing all her energy on her own career and development.

"I have learned to mind my own business and focus on my craft," she shared light-heartedly. "I have learned to accept criticism, whether good or bad, and use it for my betterment and to my advantage. I have also learned to put my emotions and feelings in music, and I have gotten several hit songs from doing that throughout the years," D'Angel continued.

Admittedly, experiencing a lot in the public's eye, from relationships to other debacles, she says she knows how to bounce back and she doesn't hold a grudge. Not even even against Sting.

In 2014, D'Angel was banned from performing and attending the popular stage show for what was described as 'raunchy behaviour'. Eight years later, she has no intention of revisiting the past. Still when asked if she would return to the highly anticipated Boxing Day show, she said, "yes".

Sting is set to return this year after a seven-year hiatus, and promises to be an electrifying showcase of the industry's talents.