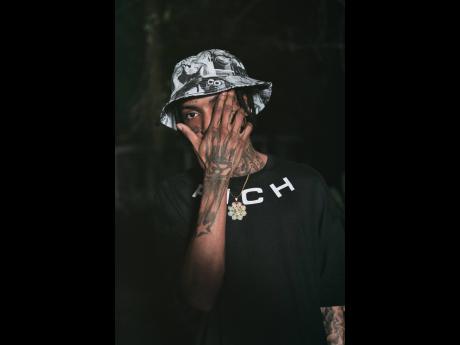 "The 11:11 EP is all about the appreciation of my journey so far and recognition that I'm in alignment with my purpose. If you look up angel numbers and numerology, you would realise that the number 1111 corresponds with alignment and proper direction, and this project was about that," the artiste explained.

Created in about three months, the EP contains six tracks, with appearances from artistes Valiant and SVM.

"The pulling power of the EP is the electricity of the music. The topics I touch on, most people can relate to and understand. What will draw others to it is its relatability, reflection of reality, and diversity of flows and melodies," the artiste stated.

The release was celebrated with an official launch held on November 10, which was set up as a more intimate affair, as described by Kraff's manager, Tiffany Juie.

"In truth, the launch was intended to be a celebration of the completion of this project. As you probably noticed, our team made the conscious decision not to invite some of the larger media houses. We wanted the space to feel genuine, real, and free," Juie said.

With the work that has gone into the project, the artiste has high hopes that it will connect with listeners in a positive way. Juie, who has been managing the artiste for six months, has strong faith in her client and sees much greatness in the future.

"Kraff is an artiste in the true sense of the word. He wants every piece of work to be a true reflection of his emotional or mental space. He makes it his business to ensure that all aspects of his projects reflect him appropriately, from the sound to the imagery to the energy that the songs exude. That, juxtaposed against my ability to strategise and execute, is proving to work in our favour," Juie said.

On his musical journey for about 18 months, Kraff is already building his legacy within the dancehall fraternity with releases such as Dinero, Charge Up and Pain.

"I've proven that I'm not a stranger to hard work. So you can expect me to continue pushing boundaries, you can expect interesting collabs, and some cross-genre work," he revealed.