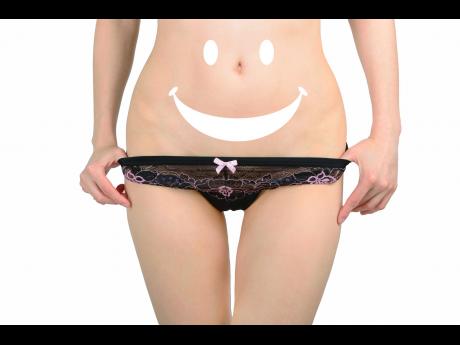 A.P. is very concerned that her clitoris is just too big. Her

male partners haven't really complained about it, although it has drawn some comments. She feels shy about it, and it's causing her to keep away from having enjoyable close relationships. She asks Check Up if anything can be done to reduce her clitoral size.

There are some rare women who do have seriously large clitorises, about the size of small boys' penises. Even then, it's a matter of choice. Why reduce the size of the clitoris when it usually involves lessening the sensitivity of the clitoris?

The clitoris contains about 8,000 feel-good nerve endings, in contrast to the male penis, which has about 4,000 sensory nerve endings spread across its head. This conveys just how powerfully sensitive the female clitoris is. Additionally, the clitoral stimulation spreads across the female pelvic region, spreading sensation to another 15,000 nerve endings in this area.

To reduce the size of the clitoris is to surgically remove some of this highly sensitive tissue. Life may never be the same again! Certainly, sexual experience may well be downgraded permanently.

For most women, only a quarter of the clitoris is visible. The rest of this organ is buried deep within the pelvic region. The clitoris grows during a woman's lifetime and is significantly larger at age 34 years (four times larger than at birth) and at menopause (seven times larger). It is still a relatively small area, but it becomes more sensitive with age. Only 30 per cent of women reach orgasm (sexual fulfilment) through penetrative sex; the other 70 per cent will need stimulation of that clitoris to enjoy sex and attain orgasm.

Basically, clitorises differ in size, just like penises. And like penises, some are partially hidden, some protrude, and some increase in size with sexual stimulation. Each woman is unique. And a wonderful fact is that the female clitoris remains functional for the full life of the woman - unless she has a surgeon cut some of it away.

Check Up is advising A.P. to enjoy her clitoris and educate herself more about it so that she can feel self-confident. Cutting away tissues that you were born with that are not abnormal, and that you admit have brought you significant pleasure, is just not a good idea, especially when your only concern is a little extra size. Do a little reading and check your situation out. Don't be afraid to get a check-up with your doctor. Maybe you should really be feeling quite proud.

If A.P. is serious about reducing her clitoral size, she should visit her gynaecologist for surgical consultation regarding clitoral reduction or clitoropexy.

Now, there are some circumstances when a clitoris will swell and will need medical consultation, for example, when it is infected along with a vaginal infection. This will require treatment with medication. Another reason for persistent enlargement of the clitoris is when this occurs after prolonged sexual activity, which can cause a prolonged inflammation and sensitiveness to the clitoris.

There are some women who have a hormonal imbalance, which manifests with some facial and body hair and enlarged genitalia, including clitoral size. These women will need special treatment by the gynaecologist or family physician.