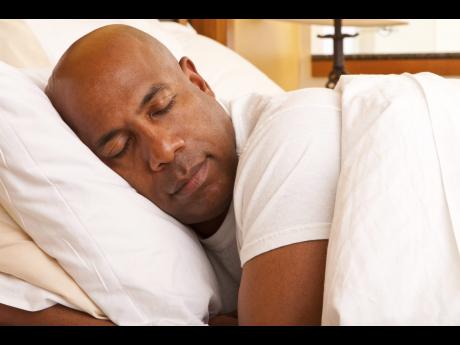 Jeana asks why her boyfriend always falls asleep after they have sex. She finds this very annoying.

This may be annoying but it's a very common occurrence with men. After sex, men often fall into a deep sleep. Recent research shows that these men are not bored. Contrarily, they've had a great time leading to their orgasm, which corresponds to the release in their bodies of some feel good hormones which cause them to fall asleep.

The hormones, prolactin, oxytocin and melatonin, are released at ejaculation and these hormones will work to make your male partner sleep.

Prolactin is a satiation hormone which suppresses dopamine, a stimulating neurotransmitter which keeps us awake.

Oxytocin is released during sex in the male. This is a feel-good hormone which lessens stress and makes it easy to relax and fall asleep.

And when you have sex with the room lights out, melatonin turns on the sleep cycle.

When these three hormones are released together, look out for a wonderful sleep time! In order to prevent sleepiness, chose a sexual position which is not horizontal. Lying on your back signals 'bedtime' to most men. And keep the room lights on! Unless it's bedtime, then get up almost immediately, otherwise, drowsiness and sleepiness will occur.

Also, to be more understanding of the gents, at nights, most men will be somewhat tired after a long day's work, and sex can be physically exhausting. It's natural for the man to feel sleepy at that time. Sex also gets rid of anxiety, at least temporarily, so the man is more relaxed.

So Jeana, there are just so many real reasons for a man to feel sleepy or fall asleep after sex. Don't worry about it for it's not personal. Then again, a woman usually doesn't orgasm every time she has sex, so she is not coping with effects caused by the release of all these hormones all the time. Maybe this is one area where some more work can be done by both partners. More female orgasms!