Man chopped to death during dispute 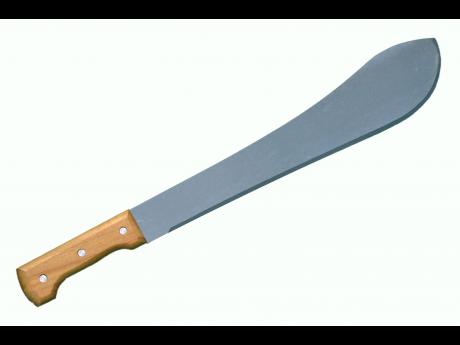 A Portland man, who allegedly attacked another male with a machete, was chopped to death during a domestic dispute at Drapers Heights in the parish yesterday.

The deceased has been identified as George Wright of a Drapers Heights address.

A preliminary investigation by the police is suggesting that the man, who is now in custody, may have acted in self-defence, after he reportedly came under attack from Wright on Monday and early yesterday morning.

The police said that shortly before 9 a.m. yesterday, Wright confronted the man with a machete, while issuing threats and hurling expletives at him.

It is reported that the man ran in fear for his life, but was chased by Wright. During the chase, the man ran into his house and pulled a machete to ward off his attacker.

During the reported sword play, Wright was chopped several times all over his body and fell to the ground. The man, whose name is being withheld, suffered chop wounds and was assisted by residents

Wright was pronounced dead by a doctor. The other man was treated, and is now in police custody.

Residents also claim that Wright, who was seemingly targeting the man for several months now, was also warned by the police to desist from doing so.